Slow down on fast track 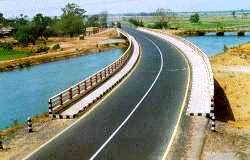 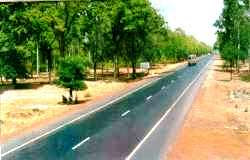 The Highway Department of Tamil Nadu deserves congratulations for the excellent East Coast Road (ECR) that connects the famous destinations, Mahabalipuram and to Chennai. Yesterday forenoon we were on this highway heading or for Kovalam where the 80th birthday function of my brother-in-law Mathew Alapatt was to be held at his son Paul’s beach house.

There was hardly any traffic. We were cruising at 50-60 kilometers (30-35 miles) per hour whenever we could. I said ‘whenever we could’ because at regular intervals all along the road metal grills were kept half way across the width of the road forcing drivers into a ‘Z’ maneuver at reduced speeds.

That was bad enough but suddenly we were waved down by the police. We were told politely that we were exceeding the speed limit of 40 kilometers (about 25 miles) per hour and slapped with a fine of Rs.300. Later on we did find signboards announcing the speed limit.

I was wondering why they had such restriction on speed on a beautiful road. One explanation I got was that there could be some security reasons behind it. Also, it could be part of the police crackdown on burglars. The media had reported the previous day about the recovery of a large cache of stolen goods from a gang of robbers.

Anyway, we were on time for the function where I met an interesting priest, John Joseph of the Don Bosco community (SBD) who conducted the Eucharist in the most informal fashion that I have seen. It was so interactive, with total participation by the congregation.

We got back to Chennai driving at 40 kilometers per hour. That was good in a way because we could enjoy the scenery on either side, particularly the sea.