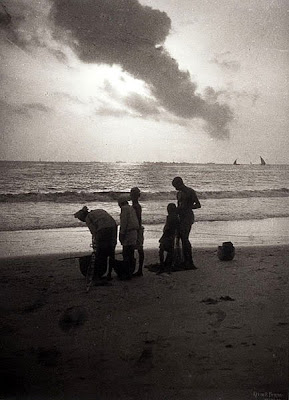 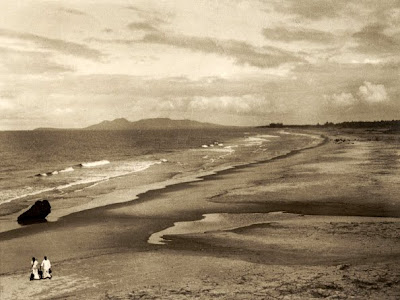 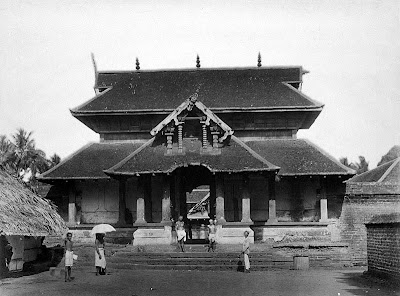 Thali Temple, near Calicut. This photo was taken about 1900-1
by the Archeological Survey of India. 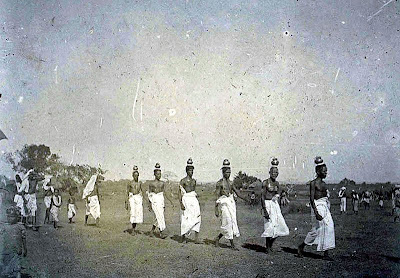 Pilgrims with offerings to Kannadiparambu Temple. (1902) 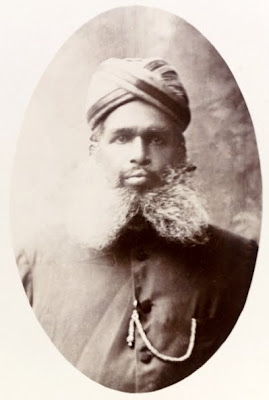 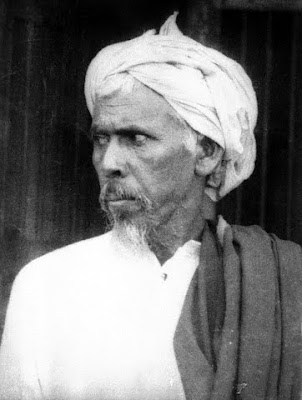 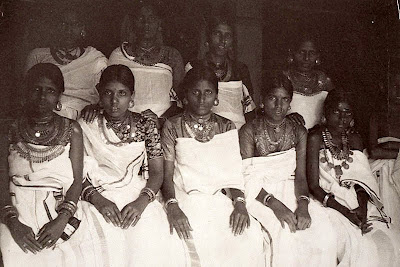 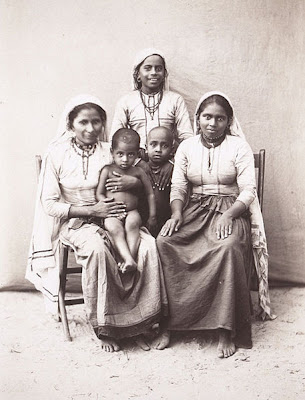 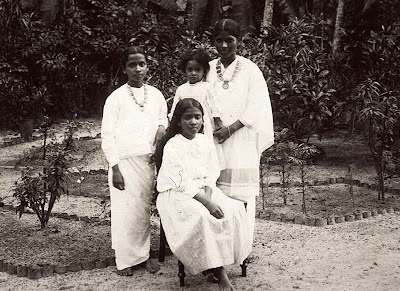 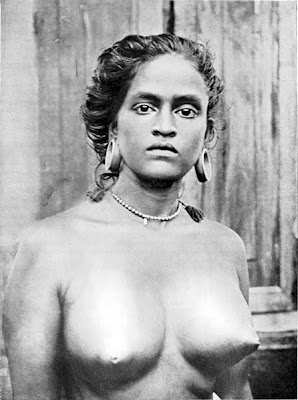 A low caste woman. They were not allowed to cover the breasts. (1912) 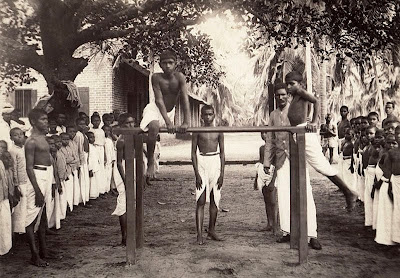 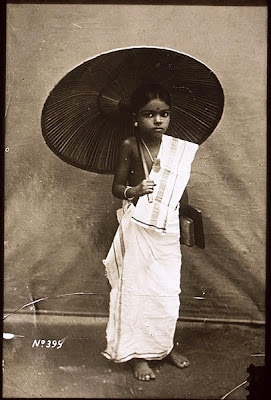 All photos are in the Public Domain.

What prompted me to write this post is a TV ad that is quite familiar to watchers of Malayalam channels – the one where the famous actress Revathi talks of gold chains of the past and the making charges the customers have to pay for gold ornaments now.

Revathi mentions some of the old chains like manga mala and palakka mala but leaves out real aristocratic ones like padikettu mala. That, unseen these days, was a great one, so elegant against the white cambric fabric of the chatta, (the upper garment of Kerala Christian women). In comparison, chains like puli nakha mala made with red rubies or emerald would be rather showy.


The name of the chain and the fact that it was used by Christian women presents a strange juxtaposition. Padikettu normally means Pathinettam Padi at Sabarimala. How could Christian ladies wear a chain which has a name connected to that?


Obviously the label comes from the way the ornament is made. Slabs of gold are connected with one end of a piece over one end of another piece so that visual effect of steps is created. I don’t recall how many such steps would be there in a chain.


Research on the web brought no details about padikettu mala. But I did come across two interesting century-old photographs reproduced below: 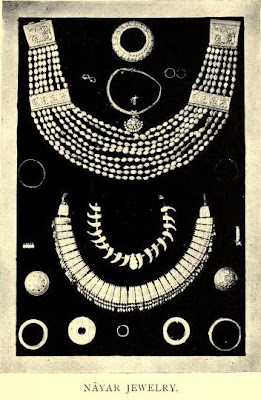 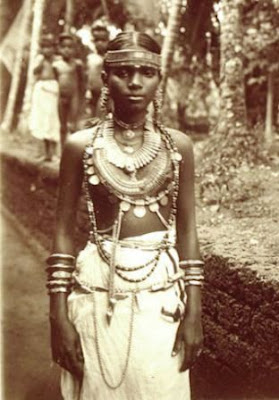 Both photos are public domain


Most of these styles have disappeared. Many well-to-do houses had thattans (goldsmiths) attached to them. A thattan sits with an earthen bowl in front of him with burning rice husk and a bamboo pipe to blow the flameless fire in which the gold is shaped. It was a pastime for the ladies of such houses to remake old ornaments to new styles and also have new ones made. As a result, many old patterns disappeared, but some of them seem to be making a comeback.

In the TV ad Revathi talks much about the making charges the customers have to pay. In Malayalam there is a saying: thattan thottal pathinu ettu meaning that when a goldsmith handles your gold, you get back only eight for ten. Of course, the goldsmith is paid wages as well but no making charge by the percentage. I wonder how this is done currently in the jewellery shops.


Tholuvala (armlet), some adorned with navaratnas (nine gems) seem to be rare these days. Oodiyanam, a gold belt decorated with gems/precious stones and worn at the waist over the clothes is basically a Tamil ornament. But sometimes one can see a Kerala bride wearing it. Given below is a photo of the oodiyanam 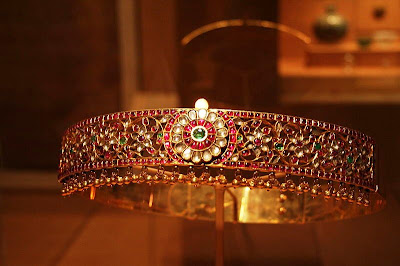 Aranjanam is a gold chain, worn at the hip under the clothes. It is placed on every baby, irrespective of gender on the 28th day after birth. Some males do continue wearing it after puberty. But for a woman it is almost a permanent attachment. Here is a photo of aranjanam: 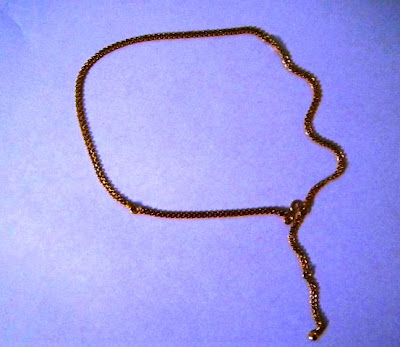 I have not dealt with kolusu or padaswaram (anklet) and earrings because that is a vast area. But I conclude with a picture which has nothing to do with Kerala. I am just fascinated with the size of the nose ring. 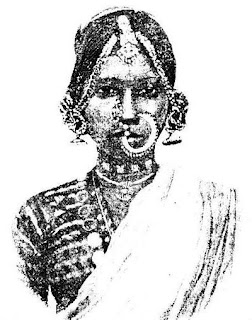 
After A missed Onam it is a missed Vishu.

My wife was in the hospital for a few days and there was no way for me to publish a post to wish my readers Vishu. Her blood sugar suddenly shot up to 500 and the doctors found it difficult to bring it down. Any way, by God’s grace she came through okay after a few days as inpatient.

Though belated, please accept Vishu Greetings from me.