Some people call bloggers ‘scavengers of the media’. Never mind that. I am so touched by a news item that was splashed over the electronic and print media that I decided to write about it for the benefit of those who have missed the piece. To illustrate the contrast, I decided to add another story as well.

The kingdom was lost 62 years back. However, many of the erstwhile subjects and their descendants still have great regard for the Royal Family of Travancore. This was so movingly demonstrated at the , , once again yesterday.

A representative group of about fifty people including men, women and children reached the Palace with hill produces and curios made by them as offerings to the Royal Family. First they paid homage at the tombs of the late Maharaja Sri Chithira Thirunal Bala Rama Varma and his sister Princess Karthika Thirunal Lakshmi Bhai.

They were Kanikars, a tribe that inhabits the Agasthakoodam Biosphere Reserve (ABR) area, about 60km from the State capital. These tribesmen are considered to be experts in the medicinal uses of the nearly 2,000 species of plants that grow in the ABR.

Princess Pooyam Thirunal Gowri Parvathi Bhai received them into the Palace. Later, the present head of the head of the Royal Family, Uthradam Thirunal Marthanda Varma, joined them.

The Kanikars presented the offerings to the royal personages and complained about the problems they were facing. They left after spending about an hour at the Palace. They were given money for travelling expenses and for celebrating Onam, Kerala’s premier festival.

I did not know till yesterday that this ritual is faithfully followed every year.

In his column ‘Business Boom’ in the Malayala Manorama today, P. Kishore makes some stunning revelations about the spending habits of Keralities for Onam.

1. In certain sectors like home appliances including AC, 40% to 60% of the annual sale is during Onam season. The expected turnover is Rs.1000 crores.

2. Gold ornaments business is estimated to be Rs.3000 crores or 25% of the annual sales.

5. Then there are the expenses for liquor and food.

According to Kishore, the total expenditure for Onam in Kerala this year would be at least Rs.6000 crores. At Rs.50 to a USD, this works out to USD 1.2 billion. Or, is my calculation wrong? The funding, it seems, comes mostly from personal loans by banks.

Did someone say there is an economic meltdown?

The last of the Travancore Maharajas

A Princess leaves her land

Kerala: Onam goes up in spirit 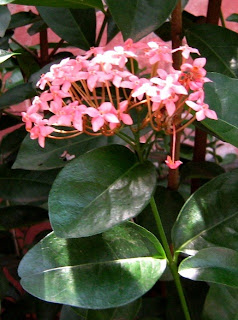 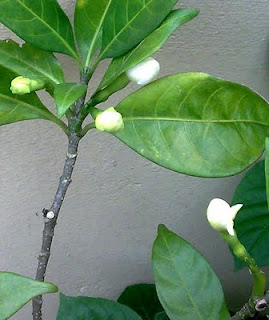 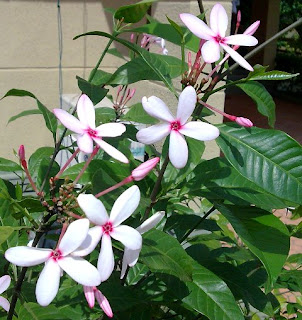 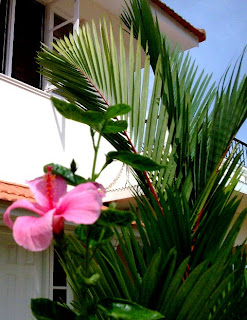 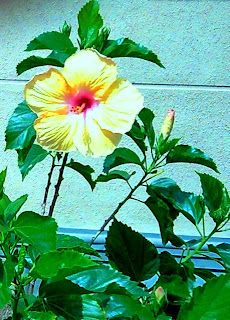 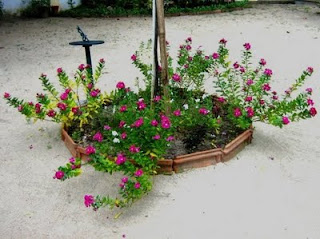 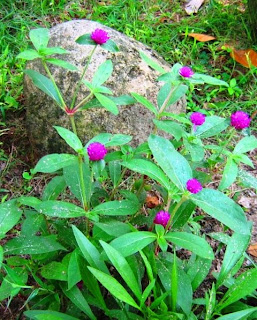 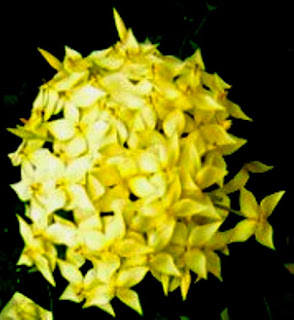 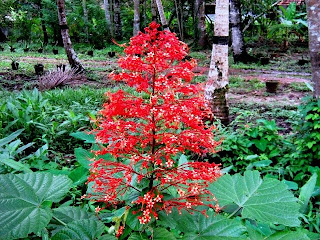 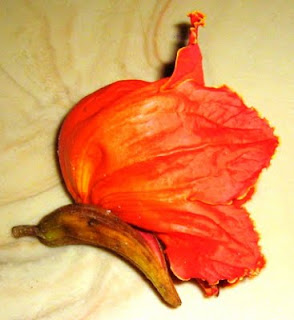 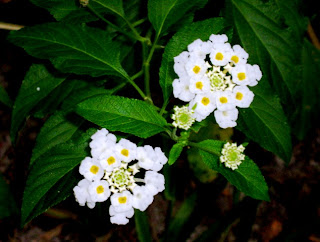 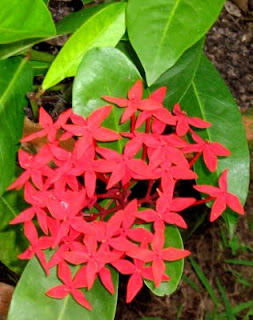 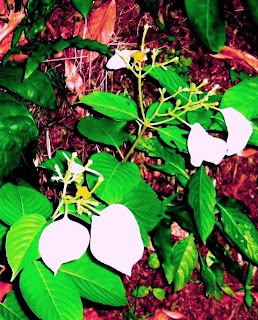 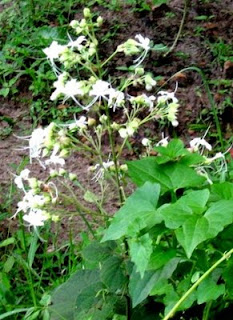 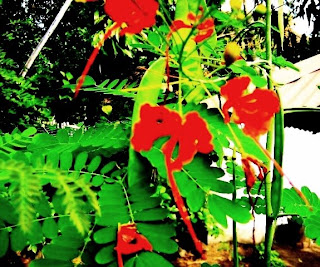 Photos by me. Copyright Reserved.

Click to enlarge.
Posted by Unknown at 9:20 PM 6 comments: 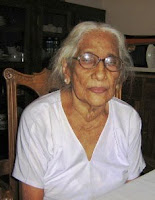 I haven’t made any posts on my blog since August 7. On that night there was a call from Kerala saying that my eldest ammai (aunt) and godmother, Elikutty (wife of late Jose A. Kallivayalil), had died. I caught a flight to attend the funeral and returned to Chennai only yesterday.

Ammai was 96 years old. She had no health problems except dementia for the last two years. On 7th afternoon she suddenly took ill and died the same night in a private hospital at . She did not suffer and did not make others suffer.

Ammai was almost like a mother to me and she leaves behind so many happy memories. Some thing remarkable about her funeral was that a number of the old plantation crowd who are still alive, and the children of those who have passed on, attended the burial. She was so well respected.

Uncle Jose (Jose A. Kallivayalil) was a prominent planter. He was also involved in promoting several companies. In fact he was one of the original promoters of Apollo Tyres Ltd. His public life started at a young age with a visit to when Sardar KM Panikker was the Dewan of that State.

From then on, he moved with Maharajas, bigwigs in , diplomats, Governors and so on. But his greatest achievement was resettling hundreds of families from Palai area in Kottayam District to Malabar, the northern part of Kerala during the late 1930s – early 1940s. They were people who did not have enough land to cultivate.

This was something akin to what his father, KC Abraham (Kallivayalil-Konduparambil) had done twenty years earlier. (Remembering grandfather) And these settlers changed the face of Malabar which was then under direct British rule.

Ammai was the strength behind uncle. She was the one who organized the lavish parties he held at home (see Heron’s Pool: A town, a house, a book and a ship). She could move with British nobility and the local village folks with equal ease.

Each death leaves a vacuum that cannot be filled. The void created by Ammai passing on hangs heavily in my mind. What do I remember most about her? Often I used to be tense about presenting serious matters to uncle; he had a formidable personality. So I would tell Ammai and she would handle the problem.

May her soul rest in peace.

[I took this photo of Ammai last year.]

Her name was Anna. Most people added a suffix ‘cheduthi’ (elder sister) while addressing her, as an expression of respect. She was rather thin, fair and with aristocratic looks.

Anna cheduthi and her children lived quite close to our house. I don’t remember her husband. He had died when I was very young. I think he was a descendant of one of the men our family had recruited to fight Lebba Pokker Moosa (see: A unique prayer.).

They had an oil expeller made of wood, which was operated either manually or by a bull. It was good business those days. Cherthala and Allepey towns had big mechanized oil mills. But small land owners mainly depended on wooden expellers like the one Anna cheduthi had.

In our case, the regular copra was sold to the mills. For cooking, special copra was made by cutting the coconut kernel into thin pieces, drying them covered by a net so that crows and other birds wouldn’t mess with it and the oil extracted in the wooden expeller. For medicinal and special uses the oil was obtained by boiling coconut milk – the wet process which produces the purest oil.

Anna cheduthi’s forte, however, was making traditional palaharams (savouries and sweets). During those days everything had to be made at home even for big functions like marriages. That is, everything except items like cakes, bread and buns, which were supplied by Pachico’s, a bakery run by people who were of dutch or Prtuguese strain.

A few days before the event, Anna cheduthi would make her grand entrance and take over. I believe that a critical part in making some items like churut (which I have described briefly in Weddings, then and now) is the thin, crispy outer and this lady was an expert at it.

There was a long list of palaharams. It included ovulos unda, ari unda, Achappam, cheeda, kuzhal appam, and more. She also ventured into 'diamond cuts' and burfi, as a concession to changing times.

A favourite, however, was malar churut. This was made with crushed popped rice (like popcorn) and sugar, packed in an outer layer, folded and fried.

A team of women would be assisting the lady in preparing everything. Sometimes Ammachi (Oru Desathinte Amma.) would briefly join them, but clearly, it was Anna cheduthi’s domain.

Once, back home from college for summer holidays, I asked Anna cheduthi’s son who was in our service, how his mother was. He gave me a perplexed look and responded, ‘Didn’t you know? She died two months back’. I felt so bad.

But the feeling passed and the memory of her faded. That is the way of the world. Only yesterday when there was some talk about savouries did I think of her again.

Anna cheduthi’s great-grandson is a priest, at a church. A nice person. He visits us when he comes home for holidays.

Opinion: Justice KT Thomas on the frisking of Dr. Kalam


This is in continuation to my post Controversy: The frisking of Dr. Kalam at New Delhi airport

Fellow blogger Nebu was kind enough to alert me on an Op-Ed piece in The Hindu of July 25 by Justice KT Thomas about the frisking of Dr. Kalam, on the same day it was published. You can read it at

Most of the points presented in the write-up by the former Justice of the Supreme Court of India are valid. But in my opinion, what he has stated is a personal opinion and not a judicial assessment. And, on certain counts, my views are different.

How Dr. Kalam feels about the incident is not very material. What is important is how the people of react to it. Egalitarian state does not mean a rank-less society. The Indian protocol concedes ranks and the citizens expect that to be honored. Whether such distinctions are necessary is another matter.

Do we still have hang-ups of the ‘feudal and colonial culture’ as Justice Thomas states? Maybe, yes. But the Indian ethos is quite different from that of a (European) country where the King might bicycle to a downtown bar for an informal meeting with his subjects.

What are the fundamentals involved in this matter? As I see it, the basic questions are:

1. Is there is a valid law in this country that exempts persons of certain category from security checks at airports?

3. Is an aerobridge at an Indian airport or not? This is relevant because the US Transportation Security Administration (TSA) stipulation is that the passengers be subjected to a final security check in the aerobridge. It is not clear to me whether Dr. Kalam was frisked in the aerobridge or in the terminal.

4. Whether one likes the law or not, if it is breached, should not action be taken against the offender?

In my mind, the answer to all these questions is ‘Yes’. If that is right, prompt action should have been taken against those who broke the law of the land.

One can very well understand the compulsions of the Americans. But curtsy never hurt anybody. A little finesse in handling the situation could have minimized the negative impact, though it would have still meant flouting the laws of .

The TSA reportedly mentioned in their statement about the issue, ‘if required, private screening would be made available to such dignitaries on request’. Why wasn’t that offered to Dr. Kalam?

The answer is: ‘Downright crassness’.