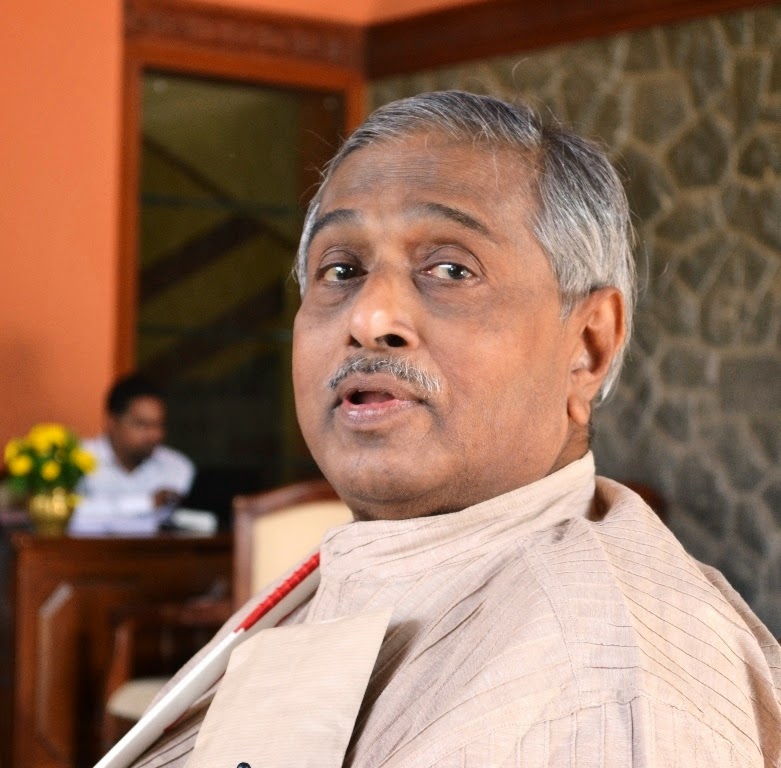 [He was the bravest man I have met. From his childhood he struggled with a crippling disease. Even while enduring bouts of severe pain there was always the charming smile that was his trademark. He did so much for patients like him and for others including the poor fishermen living along the coast. He had a large circle of friends from all walks of life.

This post about him was written by my brother PK Hormis Tharakan IPS (Retd.) who was the Director General of Police, Kerala, Chief of RAW and Advisor to the Governor when Karnataka was under Presidents Rule. I am proud to publish it.]

When I read on Thursday morning (Feb 20) about the Haemophilia  Centre at Aluva being inaugurated by the Chief Minister, my thoughts went back to the day when I handed over a letter from my cousin , late George A.Tharakan, who can justly be called the founder of the Haemophilia Care movement in the country, to the Chief Minister's Office. I still have a copy of that letter, dated June 5, 2012 on my computer.

In that letter, George (whom we called Vakkachen) requested the Government to implement a comprehensive scheme for haemophilia care in the State. He also attached a specific proposal, seeking government sanction to start a Comprehensive Haemophilia Centre in the District Government Hospital, Aluva, where a Dialysis Centre and a Blood Bank were already functioning under public-private partnership.

I am glad that today my cousin's dream has come true. He did not live to see it happening. He succumbed to haemophilia-related problems on the 23rd of February 2013, almost exactly a year before his dream materialised. His family and numerous friends are getting to ready to honour him with a memorial service on March 1.

Haemophilia is a disease about which not many people know. As George clarified in his proposal to the Government, Haemophilia is a hereditary bleeding disorder caused by the lack or absence of one of the 13 clotting factors in blood. If the deficient clotting factor is Factor VIII, it is called Haemophilia A, or Classical Haemophilia and if the deficient factor is Factor IX, it is Haemophilia B, or Christmas disease. Though a hereditary condition, 30% of the haemophiliac cases are without previous history. Haemophilia is also known as the "Royal Disease” because it affected the Royal Families of Europe, like Russia, Spain and Germany, through the daughters and granddaughters of Queen Victoria of England.

Being a haemophiliac means having to endure unbearable pain all through one's life. It also means having to incur crushing financial burden because the cost of the factor concentrate needed by haemophiliacs is prohibitively and unbelievably high. I realised this only when I was trying to help with the procurement of the medicines required by George in his last days. That is why I would like to compliment the Chief Minister for having acted on George's proposal and all the others who worked to realise his dream, including Dr. Vijayakumar, Dr. Rema Pai and Dr. Vijayaraghavan of the Planning Board.

But it is important that the remaining proposals in George's  scheme, like the collection of data on haemophiliacs, provision of testing facilities in medical colleges, supply of medicines and factor concentrates at subsidized rates for emergency treatment, prophylactic care and ensuring the safety of the product of treatment are also implemented soon.

(I am republishing this story in the light of the experience I had recently.)

“Pretty nasty fall,” the elderly doctor said after studying the X-rays. “On your right side, one lower rib and the little finger of the hand are broken. Some minor lacerations. But not to worry.”

Lying on his examination table a bit dazed, I tried to recollect what had happened. After breakfast I had left home to buy a newspaper. I had just been transferred to Mallai and was still in the process of getting things organized. The place was strange to me except that I had transited through the airport a couple of times.

I was walking briskly along the tree-lined avenue. The broad and even footpath was about one foot higher than the road. The locality was surprisingly clean and neat. A refreshing breeze blew in from the sea. The disciplined traffic moved smoothly. Nice place, I thought and carried on, reading the shop signs on both sides of the street.

Then it happened, all of a sudden. I tripped and fell forward. In a fraction of a second before hitting the pavement I realized that my hands would not be able to break the fall. I spun in the air the moment my palms touched the ground, like a slip fielder taking a diving catch. My right side banged against the edge of the walkway as I rolled on to the road.

In no time a crowd gathered around me talking excitedly in the local language, which I did not understand. Telling them that I was okay didn’t have any effect. I was carried to a doctor who was almost directly across the road.

While examining, the doctor had asked whether my head had hit the surface. It hadn’t. He wanted me to point out the places where it pained. After that the X-rays had been taken.

“The fractures,” the doctor said, helping me to a chair opposite his, “will take six weeks to heal."

“Don’t be alarmed. That’s normal. And you won’t be incapacitated."

He explained the line of treatment. No medicines except painkillers if absolutely necessary. The rib was to be left to heal on its own. I was to avoid sleeping on that side and lifting weights. The doctor placed a piece of dressing between the broken finger and the next one and bound them together with microporous tape.
The hand was to be kept in sling whenever possible.

“If you like,” the doctor said, “I can refer you to an orthopedist. But really, there is no need.”

I was taken aback by the sudden question. “Not for breakfast,” I replied.

The doctor laughed. “When you get home,” he said, take a bucket bath with some antiseptic in the water. After that have couple of stiff drinks with lunch and go to sleep.”

“That’s for the trauma,” the doctor went on seriously. “Now, there are some symptoms you must watch out for. In case of any vomiting, nausea, or dizzy spells, contact me by phone immediately. Here’s my card.”

I had finished reading ‘Dr. Scaria Zachariah, Medicine Specialist’ when the doctor asked, “What caused the fall?”

I looked up and replied, “You did.”

“While walking, I saw your signboard. It was the first time I came across the usage ‘Medicine Specialist’ and thought it rather amusing. Actually I was laughing inside me when my foot caught the manhole cover.”

Dr. Zachariah nodded. “The moral of the story is,” he said smiling, “don’t laugh at medicine men.”

“Actually,” the doctor went on, “I’m a GP. In this area, the term ‘Medicine Specialist’ is used to identify physicians.” After a pause he continued, “Eye specialist, bone specialist, skin specialist and so on. Why not medicine specialist?”

“Yes, why not?” I agreed, wondering what they called the general surgeon.

Ends.
Posted by Unknown at 4:50 PM No comments:

Two photos of our tharavad 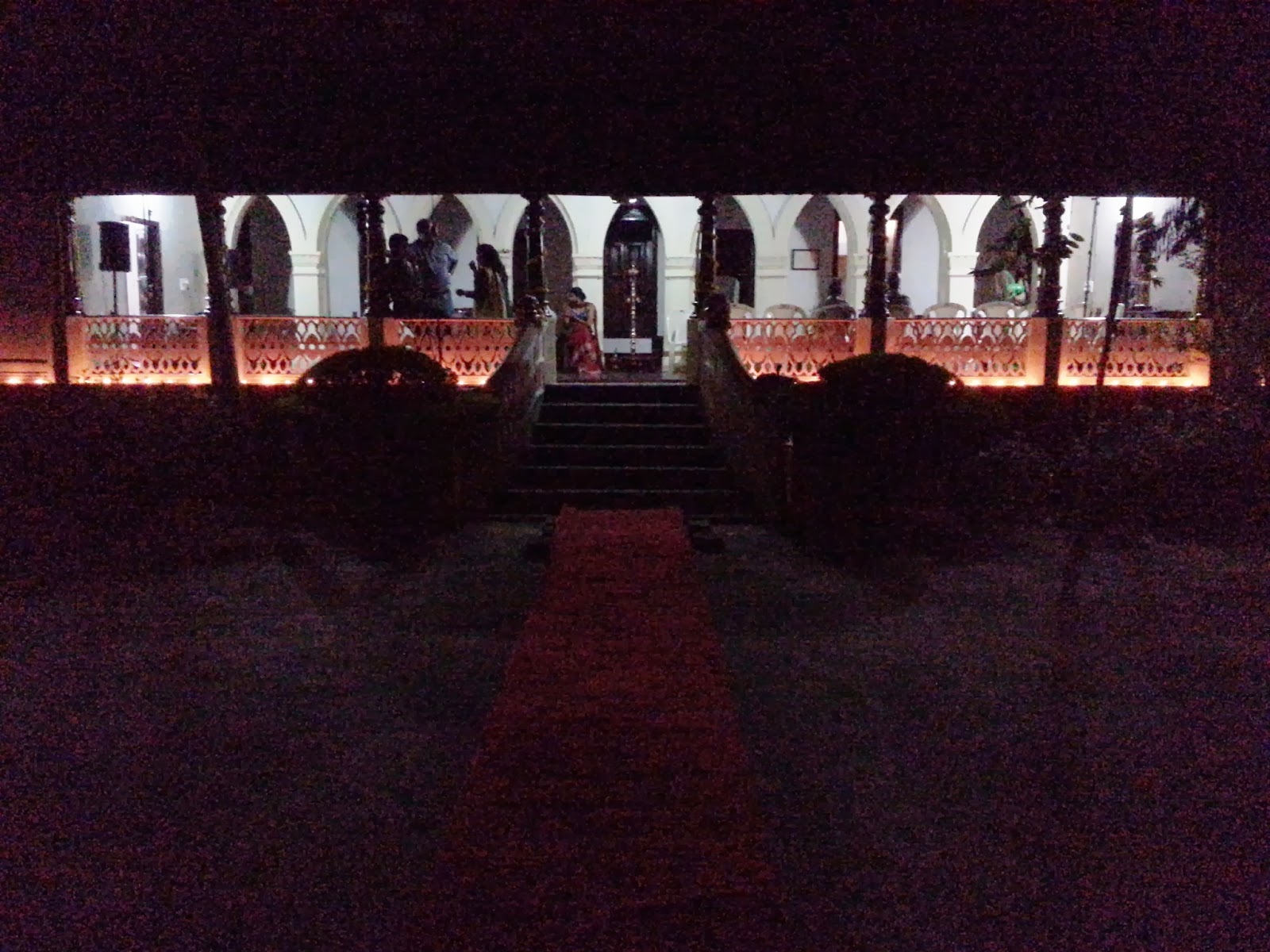 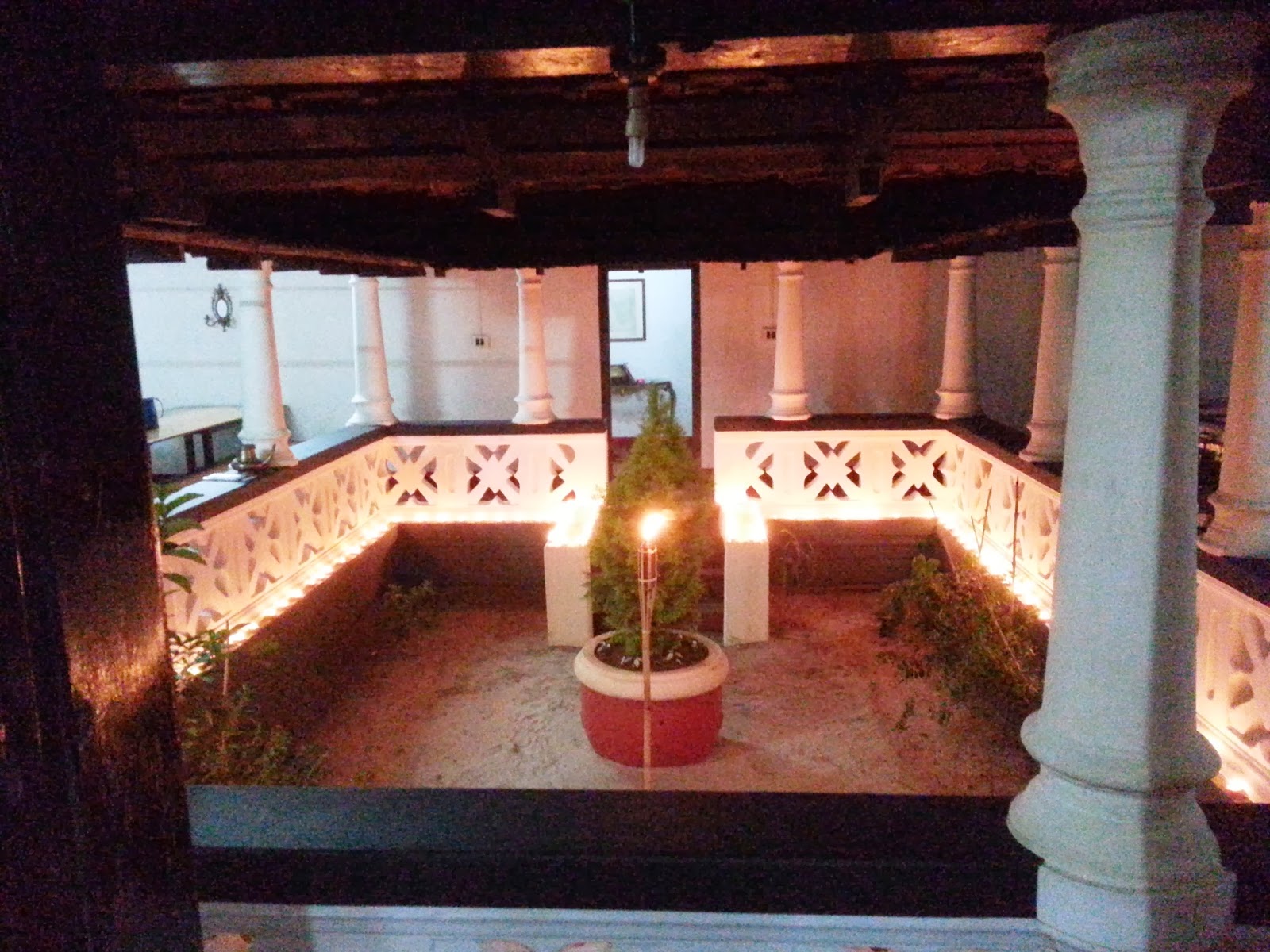 
Five years back I wrote about the same subject (http://parayilat.blogspot.in/2008/11/life-without-computer.html). For the last 10 weeks I was again off computers, spending time in and out of hospitals. Tried to use a laptop but couldn’t concentrate. In any case the reference materials on the desk top could not be accessed.

Early November I completed 80 years. There was a string of parties, family and friends celebrating the event. That was great, but affected my writing. In fact I could produce only one post during the month.

December started with a nasty fall. I had gone for a funeral. The lady who had died was the wife of Dr. Jacob Taliat’s (The greatness of human nature – a true story) grand son. While climbing the steps to the house I tripped on the steps. Had a complicated fracture on the left ankle. The left leg had to be kept up almost continuously. With the care of the best doctors in Cochin the problem has been taken care of and I am back at the computer.

I am so happy that though there were no new posts for nearly three months, there were so many visitors to my blog. Thank you. Please do continue to give me support.

I hope to post regularly once pending comments have been attended to.