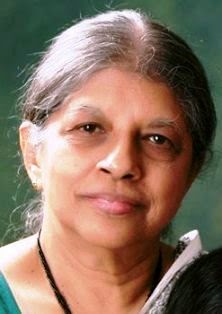 Teresa’s father, Mr. P.C. Abraham Pallivathukkal, was one of the top industrialists and plantation owners in Kerala. In the 1940s he bought the Hunsden Group Estates  in Yercaud from the family of the late Commander H.F. Carey, which he then renamed as Waterfalls Estates . Teresa and her siblings had their schooling at Sacred Heart Convent (SHY) and Montfort mainly as boarders and for a few years as day scholars after the family shifted there. 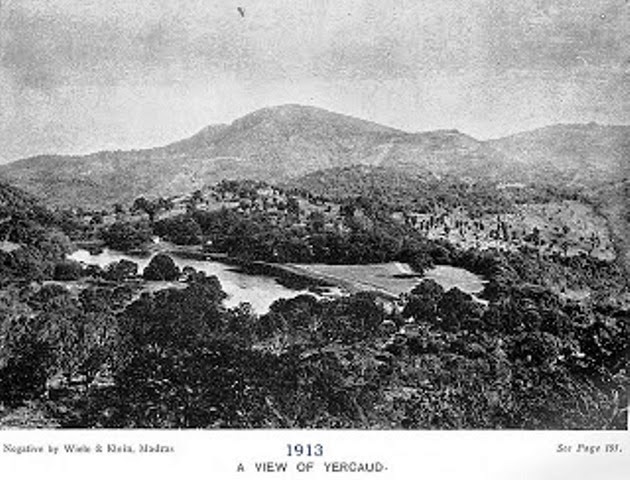 Evocative words reaching out unexpectedly from the past through school alumni websites and family chat pages, jolting the memory with a rush of nostalgia for persons, places and events that shaped our childhood.

I grew up in Yercaud in the 40’s and 50’s, and for me and many others of that shared time and space Yercaud has been a deep and enduring influence on our growing years, and a warm, sustaining force in our psyches thereafter.

There’s never been any place quite like Yercaud,  modest Cinderella among the Southern hill stations  lying for many years un-noticed and undisturbed up in the Shevaroy hills 5000 feet above the plains of Salem. No malls or stately buildings, no manicured public parks or gardens.  Just a few gentle hints of a colonial past – a little clubhouse below the old Protestant Church with a tennis court, a small library and a card room.

Life revolved around the dozen or so coffee estates on the upper slopes of the hills, and the two large old boarding schools Montfort & SHY set up in the mid nineteenth Century which, with their stone halls, long low dormitories, extensive playing fields and serene chapels, were a dominating and reassuring presence in the little hill town.

It was a time of transition. Many of the estates were in the process of changing hands from departing British owners to incoming Indian planters from the plains. The two schools, which had just around four hundred odd students between them, had started to gradually take in more Indian children in place of the departing British and Anglo Indians.

But the general pattern of life in Yercaud stayed more or less unchanged for a while, or maybe it was changing so imperceptibly as to be barely noticed. A handful of elderly British planters had chosen to stay on in their old familiar homes and estates, and most of the European nuns and brothers in Montfort and SHY remained in India and continued to run the schools. There was also a large, lively Anglo-Indian presence in the schools and in the town itself. So there was still something of a residual colonial social life in the Yercaud of the 50’s.

Barring occasional day-trippers from Salem visiting popular tourist spots like the precarious rocky perches of Lady’s Seat (scene of several dramatic movie shoots!), the little population of Yercaud  lived in a self-sustaining, fairly well integrated  world of its own, with the two schools acting as major catalysts. The local gentry (for want of a better word) – that is, the planters, teachers and other residents -  met regularly for  whist drives at the club and for the weekly free English movie in the Montfort Hall. And all residents were there at the various school events - sports, fetes, cricket matches with Salem Club and so on - be it as staid seated guests or as appreciative, voluble spectators at the outer edges of the school fields.

The Alumni websites are full of stories and photographs from the past posted by schoolmates from all over the world, and old memories flood the mind in all their innocence and charm.

There’s so much that comes back to mind – our walks, for instance. The undemanding rhythm of school life allowed for many outdoor activities and the double file of chattering SHY schoolgirls winding its cheerful way to Big Lake, Bears Hill, Aeroplane Stream and other scenic spots was a familiar sight on the vehicle free roads of Yercaud.  Walks to Rookery for picnics were longer and more leisurely, slowing down briefly in the market place to pick up bulls-eyes, stick-jaw, kamarkats, egg sweets and other alluring ‘delicacies’.

On St. Patrick’s Day every year there was an adventurous annual Tracking event when Girl Guides searched the roads (with helpful hints from bemused local bystanders) for cryptic signs and hidden messages laid by an advance party, and then ‘tracked’ their way to  an undisclosed destination, usually the neighbouring village of Craigmore. And who doesn’t remember trudging up the steep final stretch of ‘Purgatory Hill’ to the school gates at the end of every walk! 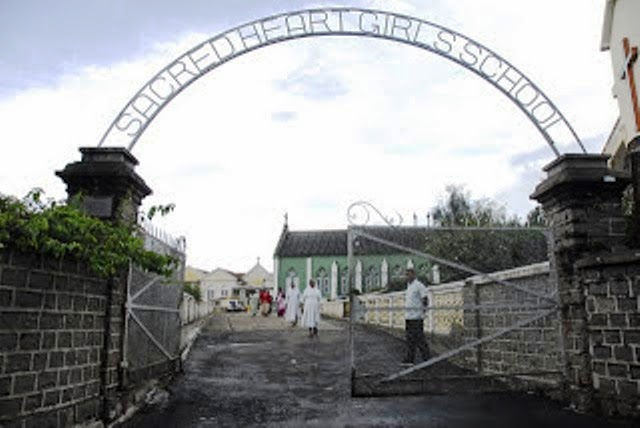 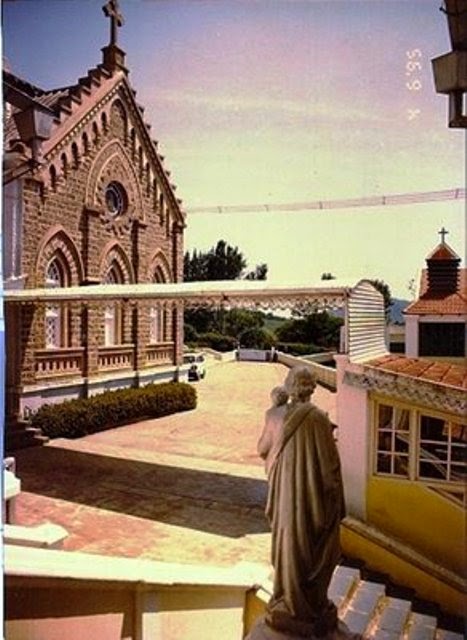 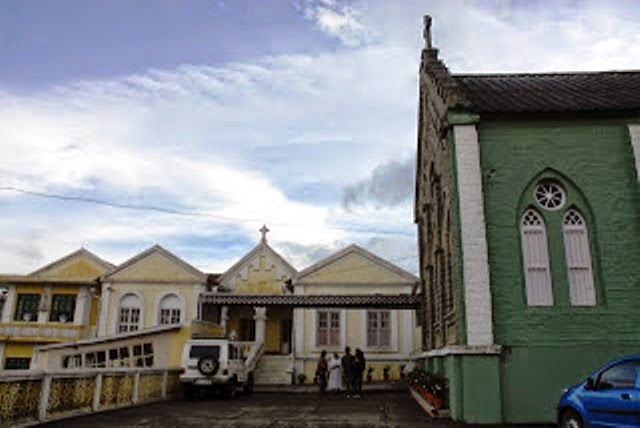 Bus trips to Salem were also jolly occasions with loud cheerful group singing of popular favourites such as: 'Driving down from Yercaud in the Salem bus', 'She'll be coming round the mountains when she comes,' and so on.

Mr. Jacques, strict Montfort music teacher with a side occupation making ‘Jacqueline’ ink, candles and pomade; ‘Tiger’ Nat Terry, erstwhile champion of the ring in Madras, who taught boxing and tap-dance in Montfort , and Marcus Bartley the talented photographer who was the cinematographer of the famous Malayalam film 'Chemmeen'.

Then, who can forget Mother Bernard, one of the best principals SHY has known, competent and strict, but also watchful and perceptive of each child's welfare, and Mere Margaret Mary, SHY's  mercurial music teacher and refectory supervisor who vigilantly ensured that nothing interfered with piano lessons and choir practice; Mrs. O’Gorman and Miss Rabbit, two sweet old Irish sisters who looked after the Parish church and guided us Legionaries every Saturday in arranging flowers, polishing the brass and dusting the altar rails; Arthur Cissey, happy go lucky, casually dressed Frenchman (of rumoured aristocratic descent) who could be seen in the market streets accompanied by admiring urchins who clustered around him for sweets and snacks; and many others too numerous to list out.

I remember above all the sweet natural beauty of Yercaud, the quiet hills, the serene waters of Big Lake, the wild roadside plants with their bounty of tart, sweet lantana berries, rhubarb stems and shamrock leaves for hungry schoolchildren, fallen ‘jumblums’ with their tell-tale purple stains, the juicy fruit of forbidden pear groves, the precariously poised rocks of Lady’s Seat from where we gazed down entranced at the lights of Salem twinkling far below…

Time of course moves on as it must, and after High School we took our first big step out into the world. And what a change it was! College life in the big, bustling city of Madras was fast, exciting and adult. We blended in quickly with our new peer group: wove jasmine into our long plaits, lined our eyes with kaajal, picked up the lyrics of Tamil movie songs and were enthralled by the wave of Dravidian pride that was sweeping through College campuses at the time.

Over the years, as the compulsions of adult life took over, Yercaud settled into the recesses of memory and we lost touch with old schoolmates and friends. And then one day in the mid seventies, I went back to Yercaud on a holiday. The ghat road wound its way up the wooded hill slopes and finally looped around the last hairpin bend at the top to run flat and level along the last stretch into town. Then as the coffee bushes and their sheltering silver-oak shade trees fell away, a curve in the road took us alongside Big Lake with its sloping grassy banks _ the familiar quiet waters that had greeted generations of incoming school batches year after year as they drove back in from the long Winter holidays.

In an unexpected surge of nostalgia, deep rooted associations of childhood took over our minds and senses and we were back in an enchanted world suspended in time, our own special ‘land over the rainbow, way up high’ surprisingly untouched by any noticeable change.

Somehow, while the landscape and lifestyles elsewhere in the country had been evolving into the new patterns of modern India, Yercaud continued for several decades to remain as she’d always been, with her peaceful country roads, quiet haunts and picnic spots, and of course our old school SHY standing reassuringly ‘snug on the green hillside’ with the dear nuns we’d known since childhood waiting to greet us ‘with arms around us all’!

It couldn’t last, of course. By the late nineties, Yercaud was well and truly discovered by the growing world of Indian tourism. Gradually, hotels and guest houses sprang up in lovely scenic spots, high stone walls appeared around newly built holiday homes and the once quiet roads were invaded by trucks, buses and cars from the plains. Today, Yercaud is a popular holiday destination and there are tourists everywhere – sightseeing, trekking, or just hanging out at the amusement park near the lake. Montfort had already transformed into an imposing Super-School some years ago, and SHY too has recently dismantled the main school building with its old world classrooms and dormitories to make way for a new, modern structure.

Which, I suppose, is as it should be. Yercaud has finally taken her place in the India of today.  Cinderella has become a princess, finely gowned and feted. However, as the old saying goes: ‘the more things change, the more they remain the same’. Our little town with its modest trappings of modern life sits lightly on the surface of the Shevaroys, that sturdy range of peaks and valleys that sustains and protects the dwellers on the hills: the town residents, the mynahs and bulbuls, the jackals, wild boar and occasional bears that move through the outer slopes, the fruits, flowers and trees that grow in great abundance! 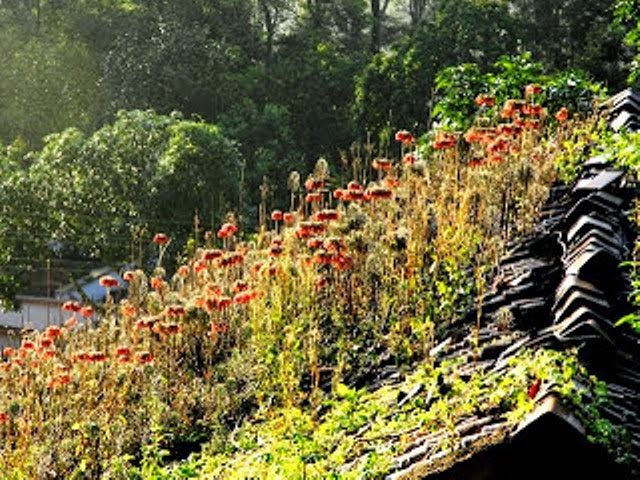 These hills with their abiding tranquility stand firm and unchanging, ‘alive with the sound of (their own intrinsic) music, with songs they have sung for a thousand years!’ _ songs that we carry in our hearts with the memories of a very special childhood,

(Photos of school by KO Isaac and flowers by Ronnie Abraham.)

Enjoyed reading this Theresa. Brought back great memories of SHY. Are you George Abraham's sister?

Enjoyed reading this Theresa. Brought back great memories of SHY. Are you Thomas Abraham's sister?

My mother -Teresa Bhattacharya's aunt too used to reminiscence about their visit to Yercaud and the Waterfall estate. She was immensely proud of her nephews and neices -especially Teresa. One small factoid - Teresa's brilliant writing skills. It just showed up again,now, in the write up on Yercaud. Great going cuz.

Rain, smell of wet earth and a particular cool will most often take me back in my mind to days in Montfort, memories you have so aptly put in words.

Yes Patricia, I'm Thomas and George Abraham's sister - younger than Thomas, older than George!
Thanks Jose for the compliments. Your mother was a great moral support to me always.

It was a great narrative! I too studied in Montfort and remember the hills in the 60'sand 70's. I now live in Salem, just an hour away. I must admit that Yercaud has lost its old world charm 'with its hint of colonial presence'. The climate too has changed dramatically. Many homes have air conditioning these days. In fact one needs it in the two hottest summer months of April and May!

It was a great narrative! I too studied in Montfort and remember the hills in the 60'sand 70's. I now live in Salem, just an hour away. I must admit that Yercaud has lost its old world charm 'with its hint of colonial presence'. The climate too has changed dramatically. Many homes have air conditioning these days. In fact one needs it in the two hottest summer months of April and May!

This is beautifully written. Yercaud and it's beauty has never been more magically described.

My mother has enjoyed reading this,it brings back memories of her time in Sacred Heart Convent, during the 1920's.