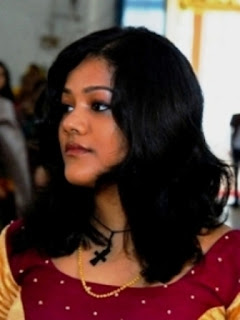 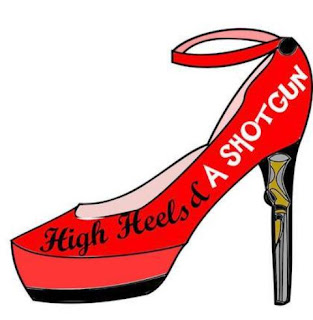 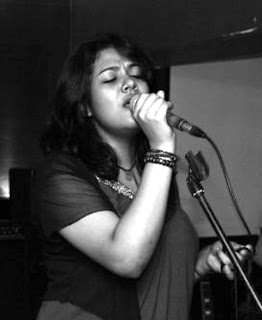 
The Kerala Catholic Bishops Conference (KCBC) has come out with a press release about the stand of the Church regarding abortions. I feel that it is only fair to mention it here in relation to my post The Savita case, a tragedy in Ireland

The statement, which I read in a Malayalam newspaper, says that life is the gift of God. It has to be protected. Destroying a live foetus amounts to murder. But if, in a genuine attempt to save the life of a pregnant woman something adverse happens to the foetus, it does not amount to killing. According to the KCBC’s understanding, the law in Ireland is more or less the same.

The press release gives an answer to this. Details regarding the ailment of a patient and the treatment are to be kept secret. That is why the doctors have not come out with any statement explaining the death of Savita. They can only present the details to a duly constituted authority.

The KCBC also says that the media reporting on the tragedy is based on hearsay. The reporters could not have obtained any details from the hospital. The Health Minister of Ireland has ordered an official enquiry.

In the meantime Savita’s husband has demanded a public enquiry. Such things are common in India, but not elsewhere.

I wonder why something that happened on October 28(?) suddenly obtained wide publicity only a few days back. One retired Catholic bishop in Kerala said in an article that British business interests are behind the move. It doesn’t sound tenable. That country makes quite a bit of money from the abortion sector. A good portion of the clients is from Ireland.

The Savita case, a tragedy in Ireland


A man takes his wife and their young son boating. The boat capsizes in deep waters. The man is a good swimmer but his wife and son can’t swim. The husband can save only one of them. The question here is who should be given the preference. If a decision is delayed, both would drown.

Was it something like this that happened in Ireland last month?

Did the 31 years old Indian dentist Savita Halappanavar die because the doctors at the hospital in Galway, Ireland could not decide about aborting her 17 week pregnancy?

Media reports do not indicate so. The doctors specifically decided not to interfere and save the mother because there was foetal heartbeat. Their justification was that Ireland is a Catholic country and the laws do not permit abortion.

Ireland is not a Catholic country. It is a republic. And, 20 years back that country’s Supreme Court had asked the government to make suitable changes in the abortion law. That has not been done yet.

What would have happened if the doctors had gone ahead with medical termination of the pregnancy and saved Savita? Technically, they could have been prosecuted. Many Irish women go to England for abortion because of this problem in their own country. Why bother about the theology of when the soul enters a foetus or whether a 17 week old foetus can be baptised?

The sad truth is that Irish law relating to abortion is archaic. In Britain the relevant portion of the Penal Code was amended in 1967. In India too abortion was proscribed. Women who wanted to terminate pregnancy had to approach unethical doctors or quacks. Countless cases ended up with severe complications and even the woman’s death.

India shook itself awake and enacted the Medical Termination of Pregnancy (MTP) Act which came into effect on April 1, 1972. Instead of abortion being defined as purposely causing miscarriage it became medical termination of pregnancy. Bravo, India.

What was result? Of course there was the good side to the legislation that was essential. Though the Act which was amended once, in 1975, provides specific conditions, many foetuses which would have been born girls, were aborted. Who wants a girl child?

In cases like Savita’s, a good doctor should interfere and save the mother, in any country, any religion. Will the Church frown if the man whose boat capsized saves his wife though she happens to be beyond childbearing?

Savita is a martyr. Her tragedy, sad, depressing as it is, has brought world attention to the question. It is likely to induce Ireland and other such countries to revise antiquated laws. Hopefully. Ireland has not given any commitment yet.

Posted by Unknown at 8:38 PM No comments:


These photos are outside views of my Tharavad (ancestral home) Thekkanattu Parayil, decorated for a daughter’s betrothal recently. Click on them to enlarge. The cream coloured streamers are tender coconut leaves. The lamp in the last picture is made of banana plant trunk and coconut frond. Half a coconut is kept on top with oil inside and the wick.

Addenda: (on 20/11) I missed mentioning that the decorations were done under the supervision of Reji, (A village artist). Five generations of his family have been with us. Also see


Johnny Hallegua of Jew Town, Cochin, India died on October 25th at the age of 90. He was ailing for sometime after breaking a leg. He was buried in the Jewish Cemetery near the ancient synagogue. The one to die before him was his relative Samuel Hallegua, two years back. Sam was the Warden of the Cochin Synagogue, and a scholar. Incidentally, he was a club mate of mine.

The Jewish contact with Kerala seems to have started much before Christ. Perhaps large scale Jewish settlements came into existence in Kerala State, India with the exodus during the siege of Jerusalem by the army of the Roman Emperor Titus. That was the First Jewish-Roman War. A painting of the siege by David Roberts (1796–1864) is reproduced below from the Wikipedia:

The year of the war was 70 CE. Thousands of people escaped from the battle devastated area. According to one estimate ten thousand of them migrated to Kerala, India - the Malabar Coast, as many historians call it. At that time there was no Cochin. That area, it is said, came into existence only in 1341 CE due to some geophysical phenomena in Arabian Sea. It started developing into a trading centre soon. Some historians claim that the Cochini Jews are of Sephardim origin from Holland and Spain.

The Jew Town in Cochin was built in 1567 on land granted to the community by the Raja of Cochin. A year later the famous Mattancherry or Cochin Synagogue was constructed. It is next to the Maharaja’s Palace and the Palace Temple. The clock tower (see photo) was added in 1760.

There is a claim that a synagogue existed in a place called Kochangadi, Cochin in 1344. Perhaps it was on the inland and not at the location of the present synagogue. Kochangadi is a common locality name in Kerala. From ancient times there were synagogues in different regions of Malabar.

During the Portuguese-Dutch War for control of the area, the building was damaged in 1662. Two years later repairs were done with the help of the Raja of Cochin and the Dutch who had driven off the Portuguese. It is believed to be one of the oldest synagogues outside Israel. This is its 444th anniversary.
The 4th centennial of the synagogue was a landmark in the history of Kerala. Mrs. Indira Gandhi who was the then Prime Minister of India came down to attend the ceremony. The Government of India also brought out a postage stamp (see photo) to commemorate the event.

The pictures of the synagogue and the stamp are by Ruth Johnson . They are reproduced with permission from her blog post Cochin Synagogue and Sarah Cohen (http://www.mydoramac.com/wordpress/?p=5137). Do have a look at it for more pictures of Cochin’s Jew Town and additional information on Cochini Jews.

In Cochini Jews – Dreams don’t die I had written that the Jewish era in Cochin is coming to an end. With Johonny Hallegua gone, there are just eight Jews left in Cochin – two men and six women. Most of them are seventy plus years old. There is not enough quorum of ten adults to conduct a miyan (a communal religious service of the Jews).

For those who remain, the dreams are confined to Cochin and visits of dear ones who are away.