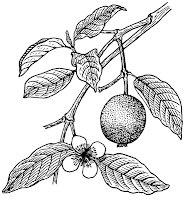 Guavas which are considered a poor man’s fruit are so incredibly rich in nutrients that they can be termed ‘superfood’. This round or pear shaped low calorie fruit is a treasure trove which contains high doses of soluble dietary fibre, Vitamin C almost four times that of an orange, Vitamin A, E, and K, B-complex, antioxidants, iron, pectin, folic acid, dietary minerals, manganese, potassium, copper, flavonoids, magnesium and carotenoids.

There are many varieties of Guavas. They grow wild and are also commercially cultivated in many tropical countries. Not only the fruit but the leaves and bark of the plant have also been used in folk medicine from ancient times. Modern research is taking a deeper look into these.

The scientific name of guava is psidium guajava. It belongs to the psidium genus of the Myrtaceae family.

Eat guavas whenever you can and keep the doctor away.

Given below are some photos relating to guavas. Click on them to enlarge. The second last picture was taken by me at Olavipe. The rest are from Wikimedia Commons. 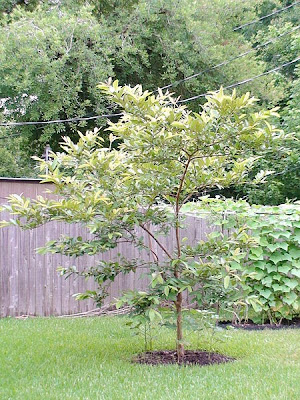 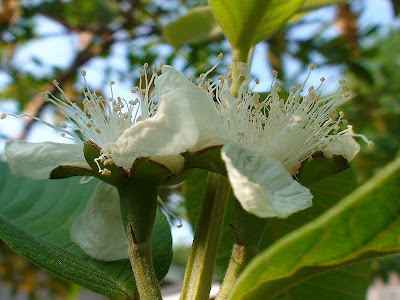 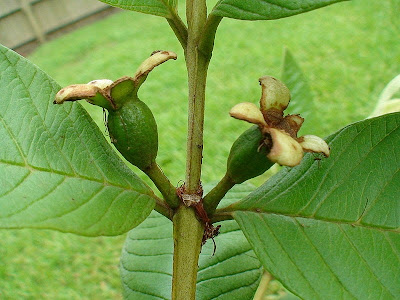 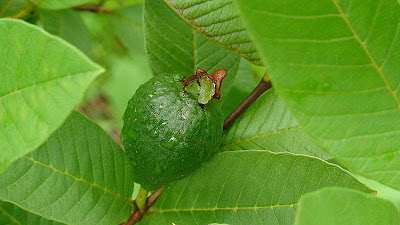 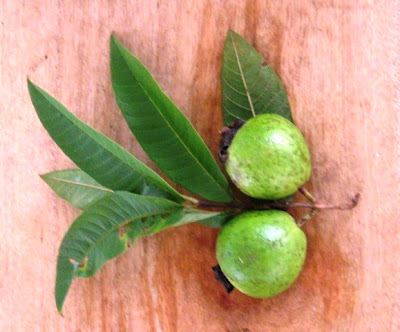 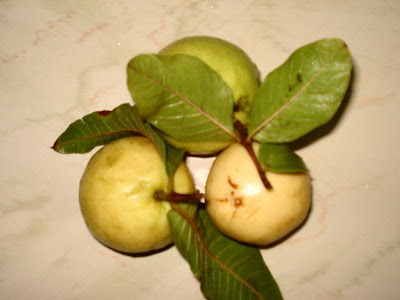 
Was health providing pomegranate the fruit in Paradise lost?

The All India Tennis Association (AITA) genuinely desired scenes like the one depicted below at the London Olympic Games. 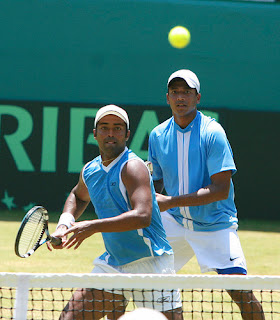 The original decision was to field only one men’s doubles team consisting of Paes and Bhupathi, ranked 7 and 14 respectively. Perhaps it would have been better to have Bopanna (ranked 12) partner Paes. They have played together in the Davis Cup.

But arrogant, well-connected players and politicians who should be having better things to do forced the AITA to keep on changing their decisions. Instead of taking a stand, the Association succumbed. Bopanna and Bhupathi would team up. Leander Paes, India’s No.1 is to play with 207 ranked Vishnu Vardhan.

The poor selectors of AITA did not know that their job had been done several months ago by Bhupathi and Bopanna. According statements of those players, they had decided to represent India at 2012 Olympics and had put in a lot of effort. Neither of them could qualify individually is another matter. Both refused to partner Paes, the only Indian to individually qualify. They defied the AITA selection, and politicians got into the act.

The Association said sending Leander to the Olympics partnering a youngster without Grand Slam experience was meaningless. Paes also said that he would play with a lower ranked player only if Bhupathi and Bopanna refused to partner him and opted out of the Olympics. But AITA had to do a summersault. The revolting players won. The word ‘discipline’ is not in the dictionary for some.

Bhupathi, even with 12 Grand Slams in his pocket, does not have the iconic stature of Leander Paes in Indian tennis. The performance of Paes has been outstanding in both ATP and Davis Cup in which he holds the ‘world record of third highest all time matches’ (quote from AITA President).

Why can’t Bhupathi forget whatever problems he has with his former partner and play with him once again for India to win a Gold Medal at the London Olympics? That would have meant two medals for Leander (he had won a bronze at the Atlanta Olympics) against Bhupathi’s one.

Incidentally, the current ATP ranking the top three players is:
Paes. Rank 7, points 6,245 from 19 tournaments
Bopanna. Rank 13, points 4,405 from 27 tournaments
Bhupathi. Rank 15, points 4,330 from 24 tournaments.
Bopanna and Bhupathi have slipped down one point each from their rankings on the Olympics qualification cut off date. But what do all these mean in Indian Tennis.

According to The Hindu (Cochin ed. June 22) the President of the AITA says that the Association agrees that the present decision is unfair to India’s No.1 and World No.7 player and that Leander Paes has been driven to the wall. The President also praises the ‘most patriotic’ Leander's selfless service to Indian tennis for 25 years.

I suggest that Leander Paes should frame the above mentioned statement in gold and keep it among his souvenirs.