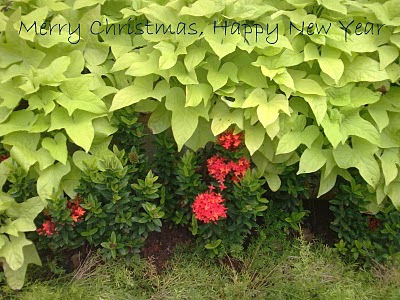 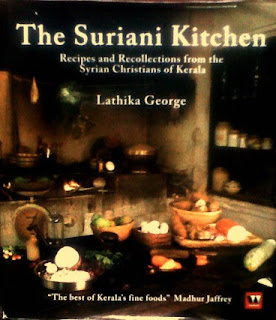 In a casual conversation I heard that ‘The Suriani Kitchen’ by Lathika George has won the Indian nomination for the Best Asian Cuisine Book section in the Gourmand World Cookbooks Awards. I had this confirmed on the Internet. The winners for the different sectors will be announced at the Paris Cookbook Fair next March.
My wife had the book and I took a look at it yesterday. It covers the cuisine of Kerala’s Syrian Christians. Well, Madhur Jaffrey is right in saying that it contains “The best of Kerala’s fine foods…”
Suriani is the Malayalam word for Syriac. The descendants of the high caste families which, it is believed were converted by the Apostle St. Thomas at the beginning of the Christian era and a group of about 400 who came from Syria in the 4c are known as Syrian Christians. The reason is that they followed the Syriac liturgy. They are also known as Nazranis.
Those converted later by the Portuguese and others, are known as Latin Christians because they followed the Latin liturgy. The Latin Christians have some specialties in their cuisine.
Over the centuries the Surianis developed their cuisine. All along, Kerala had a booming international trade. Traders and ship crews from many nations visited the state. Some items of their menus and that of other communities were copied or adapted by the Nazranis. The result is a fine cuisine full of tasty food. What Lathika George has done is to present the recipes for the delectable culinary specialties of an ancient community. However, in different houses the names of some of the dishes may be different and there may also be variations in the recipes of dishes.
Several short articles about Syrian Christians and life in Kerala add to the charm of the book. The photographs and drawings are excellent too. But I wish that to complete the total Suriani scenario, the author had included the recipe for INRI Appam, the Suriani special that is made only on Maundy Thursday. (See Memories: Passion Week, half a century back) It is mentioned in the Glossary but I could not locate the recipe.
‘The Suriani Kitchen’ was first published in 2009 by Hippocrene Books Inc, New York. The Indian publication is by westland ltd. Priced at Rs.450, it is available in bookstalls and with Amazon.
Well, let us wish that ‘The Suriani Kitchen’ wins the award at the world’s culinary centre, Paris.
Related post: Kerala Food: Breakfast range
Posted by Unknown at 1:51 PM 7 comments:

It would appear that people have started accepting periodic petrol and diesel price hikes as a fact of life. One cannot turn a Nelson’s eye to the variation of crude oil prices and maintain a rigid price level for petroleum based products. Political parties outside the ruling ones will say all sorts of things and trigger off demonstrations but realities cannot be ignored. Heavy subsidies cannot be maintained interminably.
The sensible thing to do is to try and save fuel in every possible way. I am quoting below a part from my post two years ago titled Tackling the oil crisis :
“What are the ways by which we can reduce oil consumption? The oft-repeated suggestions of avoiding unnecessary travel and organizing car pools are definitely effective. But there is more that can be done:
Maintaining the vehicle in good condition is something I missed including in that list.
If everybody follows these simple suggestions, the total saving of petroleum products in the country would be considerable.
Posted by Unknown at 4:19 PM 2 comments:

A Warning to Those Buying Land in Kerala

The incident narrated here happened late last month but I came to know about it only yesterday. I am blogging this so that those who stay outside Kerala would be aware of some of the problems involved in land transactions in God's Own Country.
Normally it should be a simple transaction. The price is agreed upon and paid, proper document drawn up, and the land purchase registered before the appropriate Registrar. If there is a broker involved, he would be paid a commission. The document writer would be paid his fees and miscellaneous expenses at the Registrar’s office.
Yesterday I had lunch with a Keralite who has been staying outside Kerala most of his life. He had sold some of his ancestral lands to a Keralite from the Gulf. Practically they were strangers to the place. They went to the concerned office along with the broker for registering the document. Initially the Registrar refused to act, citing all sort of reasons. The seller succeeded in persuading her and the document was registered.
Then the real trouble started. A group of brokers in the locality surrounded them demanding brokerage for them also. The demand was made to the buyer and the seller.
The buyer and seller escaped from there and proceeded to Kottayam separately. What they didn’t realize was that the brokers were following along with the local Sub-Inspector of Police. Registration of land has nothing to do with the police.
The seller stopped at a hotel for a quick cup of tea. Then cinema-like scenes started. The police Jeep screeched to a halt and the SI jumped out along with the brokers. The seller was threatened that he would be arrested unless he paid.
The seller now told the SI that he would pay if the Office of the Director General of Police confirmed that was to be done, and that they would wait in the hotel till the confirmation came. He took out his cell phone. He really has contacts at high level.
The brokers vamoosed and the SI stayed back apologizing. Unfortunately my friend did not make a complaint.
Also see Kerala: Left with empty granaries
Posted by Unknown at 4:07 PM 6 comments:

Supper Theatre means just what the two words indicate – eat (and drink) while watching a live performance. The entertainment part could be anything from a play to kalaripattu, the Kerala martial art. Food, snacks and drinks would be available and you eat and drink as you enjoy the performance.
How does a supper theatre differ from a night club or a restaurant with a floor show? It is a theatre where food and drinks are also served. The play is the important event. You sit at a table meant for say, six to eight people and concentrate on the performance while sipping your drink and munching a snack.
Supper theatre is a Western idea which has recently come to India. Such events have been held in Mumbai, Calcutta, Bangalore and Hyderabad. I am not sure about the other places. Anyway, Chennai had a successful supper theatre on November 21 at Le Royal Meridien. Perhaps the Chennai socialites are asking around, ‘Where you there?’ You know, a place to be seen at.
The play at the supper theatre at Le Royal Meridien was “FIVE”, a political satire by Shreekumar Varma, the well known novelist and playwright. His works have been published by Penguin, Harper Collins and Macmillan. He was awarded Charles Wallace Fellowship in 2004. Varma is the grandson of Regent Maharani Sethu Lakshmi Bai of Travancore and the great grandson of the world famous artist Raja Ravi Varma.
FIVE was directed by Ajit Chitturi and presented by ‘thespian en’. Chitturi was the man who founded the drama group under the inspiration of the theatre veteran Mohammed Yousuf in 1994. Today ‘thespian en’ offers theatre, comprehensive voice training, comprehensive theatre training, children’s theatre and women’s theatre. Some of its personnel were associated with The Madras Players who entertained the city with classy stuff for half a century and more. The ‘thespian en’ email is thespianen@yahoo.com
The credit for organizing this supper theatre goes to three dynamic ladies with proven track record– Divya Reddy, Sujatha Robin Singh, and Usha Shekar. Here is what they say about their venture, “E – tonite plans to provide high quality entertainment programmes, while also supporting lesser known social and charitable organizations. A part of the proceeds of every E – tonite event will go to charity.
Well, let us look forward to more supper theatre events.
Posted by Unknown at 5:46 PM 1 comment: