Anjili, a tree of many uses 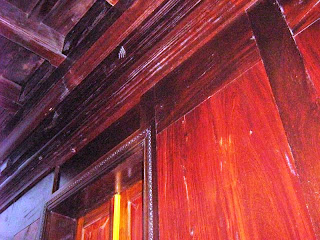 Which is the most used tree that is endemic to the Western Ghats of India? The answer is ‘anjili’. Other common names of this wood include ayini and Hebbalasu in Karnataka. In English it is called ‘wild jack’ or ‘jungle jack’. The botanical name is Artocarpus hirsutus Lam (Moraceae).
The statement ‘endemic to the Western Ghats’ needs some explanation. Anjili is seen mostly from Konkan to the south. And it grows from sea level to 1000m elevation, where the rainfall is 1500mm or more. Strangely the tree grows better in lower areas.
Anjili can grow to a height of 45m and attain about 4.5m girth. The durable timber is very good, almost the same quality as teak. It effectively resists white ants and fungus and survives well in saline water.
In old buildings (see photo above and Kerala Architecture: Nalukettu, ettukettu, pathinarukettu ) anjili was used for roofs, ceilings, walls, doors and windows. Even in many modern houses this wood is prefered for doors, windows and furniture.
One of the major uses for anjili wood is for vessels, from tiny canoes to sea going dhows and fishing boats. The famous houseboats of Kerala are made from anjili. So are the snakeboats and other racing boats and palliyodams.

Kerala kitchen – some implements of the past shows some of the wooden kitchen implements used in the past. What is not included in this post is ural in which rice is pounded for de-husking, and making powders.

Chakram: The wheel that turned agricultural fortunes, which is used for controlling water level in the paddy fields, is made of anjili. Now this wood is also used for building truck bodies.
Anjili is a cousin of jackfruit tree which is called plavu in Kerala. Plavu normally does not grow as tall as anjili. Its wood is ideal for furniture. Its fruit, which is the largest tree borne edible fruit in the world (see Jackfruit, the jumbo) has several culinary applications.
Anjili too has a fruit that is identical, except in size. Jackfruit is huge but the other one is just mango sized. It is called anjili chakka or ayini chakka. The thin layer of flesh that covers its nuts is tasty. The nuts can be roasted and eaten. The birds and the squirrels love the fruit and play an important role in propagating the tree. They scatter the seeds far and wide.
If a seed happens to fall on your property and sprouts, take good care of it because of the tree’s commercial value. The attention to be given is very simple – just cut off the branches that start growing, till the plant is about twenty feet tall.
The price of anjili timber is high. It is claimed that felling for commercial purpose can be done when the tree is 25 to 50 years old. In my opinion, it should be 50+.
A good study on anjili is Biocultural Diversity of the Endemic ‘'Wild JackTree’ on the Malabar Coast of South India by Sam P. Mathew, A. Mohandas, S. M. Shareef and G. M. Nair. It can be accessed at:
http://www.erajournal.org/ojs/index.php/era/article/view/99/85
All photographs (copyright reserved) are from Olavipe. Click to enlarge. 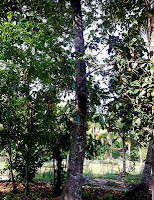 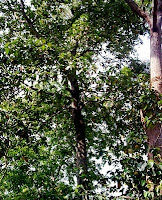 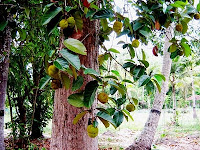 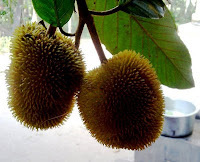 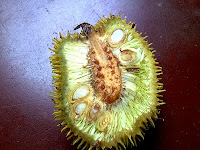 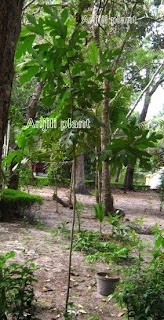 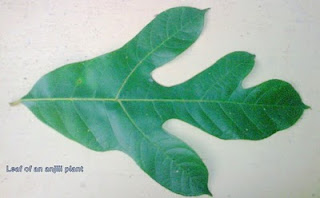 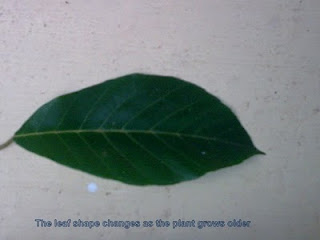 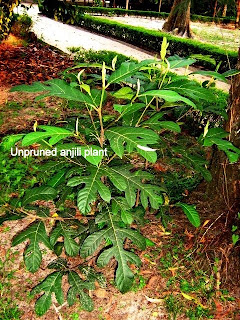 Obama is the guest and India the host. Traditionally, we give great importance to hospitality. Adhithi Devo Bhava.

Let us listen to what the President of America has to say. The rethink of the Communists on boycotting Obama’s address to the MPs is a sensible decision. Prakash Karat’s Cambridge speech about breaking away from the shackles of the past seems to have had some effect. The 1940s which was mentioned in that speech reminds one of Quit India movement. The Leftists stayed away from that massive uprising by the people of India. At that point of time Brittan and Soviet Union were on the same side, in World War II.

The Chief Minister of Maharashtra, who received the US President into India yesterday, was invited to a meeting hosted by the Americans. There was a condition that he should submit identification papers for entry to the venue. He refused to attend the function.

The US officials did apologise saying that it was a clerical error. There have been quite a few ‘clerical errors’ by the US in the past. They did not care then. Now the apology mode is on. India has grown into a big boy.

The BJP spokesman criticised Obama for not blaming Pakistan at the memorial function at the Taj Mahal Hotel. It was a poignant occasion. Talk about Pakistan would come later, and it did. Here we must understand that Obama is in a difficult position. The naïve US policy, starting from the time of John Foster Dulles (Secretary of State 1953-1959) of ‘Brinkmanship’ fame, has placed that country in a peculiar situation. The American funding ($ 2billion even recently) is used by the Pakistan Army to fight effectively or not the extremists on the Afghan side and at the same time carry out terrorism against India.

The Indian National Congress was not far behind the BJP. Some of the Party people felt that Obama should have mentioned Nehru when he was in Mumbai. How many Indian Presidents and Prime Ministers visiting the US have talked there about Benjamin Franklin and Abraham Lincoln?

Why are we so sensitive of what other countries say about us? It indicates a lack of self-confidence. We are what we are. And the world is recognizing our position.

Yesterday (Saturday) evening in a discussion programme about Obama’s visit on a major national TV channel there was a young fellow. What I understood was that he is a research chap from the CPM. He was critical about India spending money to create jobs in the US and the business contracts that were signed.

The people who concluded the agreements are well-known for their business acumen. They are not going spend money just because some Americans would get jobs. It is all business. For instance, Spicejet could have gone to Boeing or Airbus for the 33 passenger jet aircrafts they need. They took a business decision to place the order worth $ 2.7b with Boeing.

This order creates thousands of jobs at Boeing which otherwise would have gone elsewhere. But what happens when those jets come to India? We need more pilots, cabin crew, ground handling staff, people to organize transport arrangements etc to handle the increased traffic. More jobs are generated. Every genuine import either sustains or creates new jobs. When we imported heavily from Russia, the Left leaning pundits did not raise any objections.

Obama has conceded some of our demands, but there is much more to be obtained. Let us be confident that our Prime Minister and Government are capable of handling India’s interests.

White lilies of our balcony

Last March I had posted about Our lilies of the balcony. Those were red lilies. Last month we had two white lily flowers. Three photos I took of them are given below. 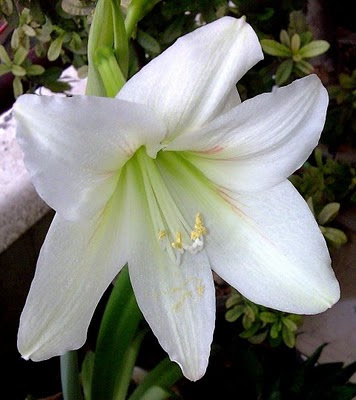 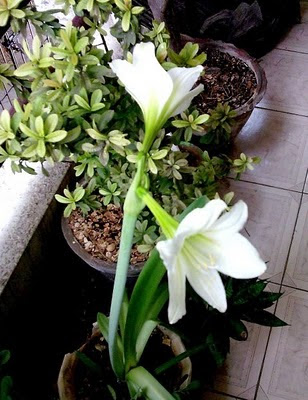 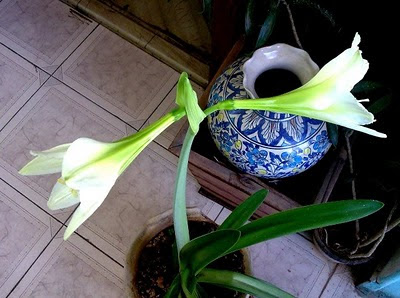 The next picture was taken at my sister Mariamma’s house. Is it a spider lily? 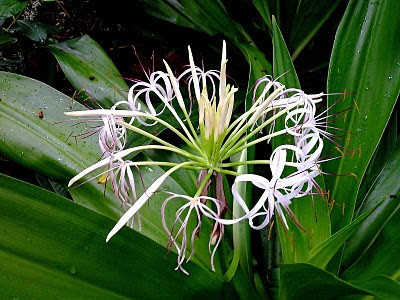