Tragedy: Indian vs. Indian, Hindu vs. Hindu, Caste vs. Caste

Have you come across the news that I am writing about? It appeared on page 6 of the Chennai Edition of the Indian Express yesterday (June 25). It is absolutely shocking and hard to believe. Some of the details for the report are provided by Evidence, a Madurai (TN) based NGO.
Patchirajan, 48 years old Dalit, had gone to a pump on his motorcycle to put in petrol. Just behind him came a caste Hindu named Muthu from a neighbouring village in a van. He wanted to be served first. But Patchirajan objected since he had arrived ahead of the other. Muthu referred to Patchirajan's caste and abused him and hit him with an iron rod.
That was not the end.
Muthu must have got back into his van quickly and started it because the report says that he rammed the motorcycle with his vehicle. When the Dalit fell off, the van was driven over him. That was the end for Patchirajan. He succumbed to the injuries en route to the hospital. He is survived by his wife, son and daughter.
Muthu has been arrested for wilful murder under the Prevention of Atrocities Act and remanded to police custody. A spokesman of Evidence asserts that in such cases the culprits should be charged under every law which can be applied and not only murder.
One of my most read blog posts is Caste System: Is Kerala still a madhouse? Visiting Kerala a century back Vivekananda Swamy felt that he had wandered into a lunatic asylum. Another relevant blog post of mine is The Caste Wall Story
One feels so sad reading such news. Centuries pass but some people do not allow certain systems to go through necessary changes. If the question ‘What is Karma?’ is asked, they would not know the answer that it is a path to reach Brahman. Are they high caste or low caste?
Corruption is bad, communalism is terrible and campaigning against such evils is really noble. But what about casteism? Chaturvarna was never meant to generate clashes between social divisions. Anyway its rigidity and significance have naturally transformed with the passage of time.
Is there some true Gandhian around to initiate a crusade? Educate the ‘high caste’ and ‘low caste’ that all of them have equal rights under the laws of India. That is unlikely because of political and other considerations. Counting the potential votes first is what matters to the netas.
But the schools can hopefully do something effective provided there is ample government support ignoring political platforms. Teach the children about Chaturveda objectively, not as part of Hindutva, but as history, as a system that has undergone transformations over the millenniums and would absorb more changes. Today there are Dalits who are not Hindus, even Dalits who are temple priests.
Will the Muslims and Christians go for their guns for teaching “Hinduism” in schools? If some netas feel that they could get political mileage they would tell the people that the subject is part of the cultural history of India and that knowing history is a basis of meaningful life.
Posted by Unknown at 10:57 PM 4 comments: 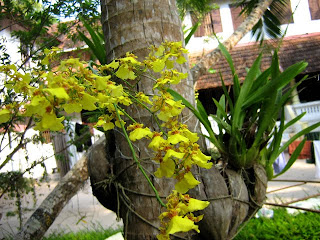 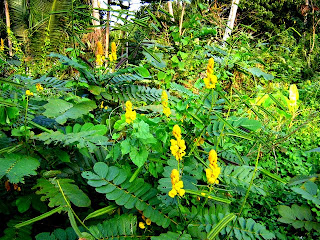 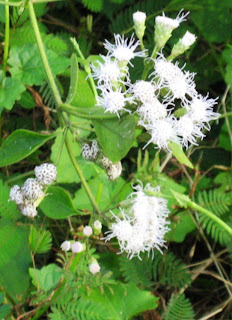 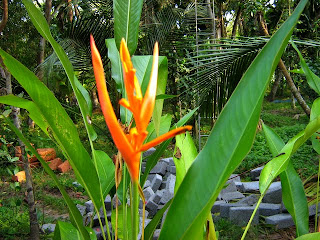 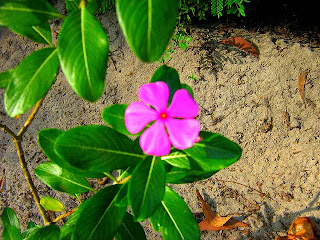 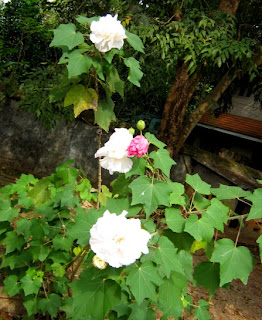 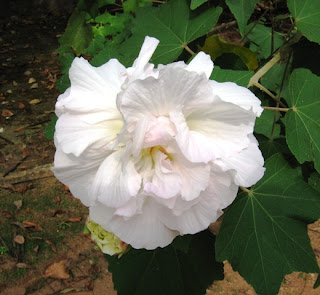 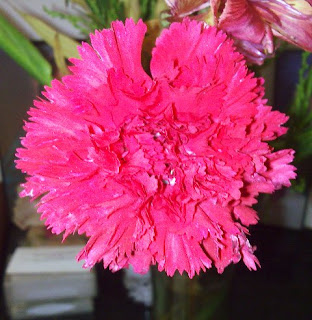 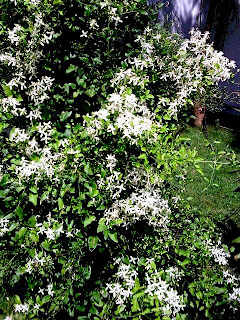 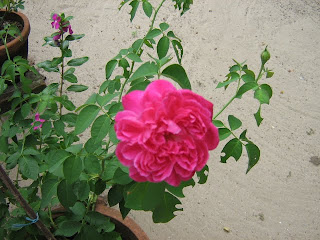 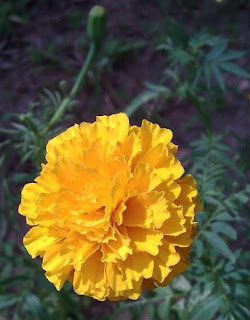 Click to enlarge.
Copyright Reserved.
Posted by Unknown at 12:06 AM No comments:

Figs – Medicine store in a tree

The photos given below were taken during my last trip to Olavipe. We call the tree athimaram and the fruit athipazham. I am told that in English it is known as Elephant Ear Fig tree or Giant Indian Fig and the botanical name is Ficus auriculata Lour. It grows wild, to about 10m or so height. 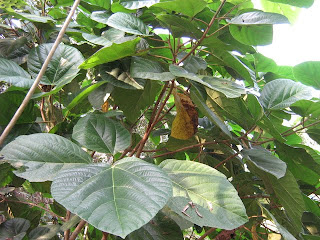 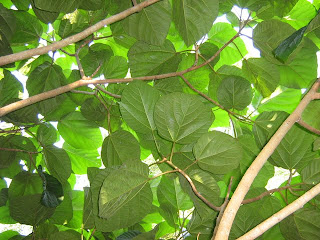 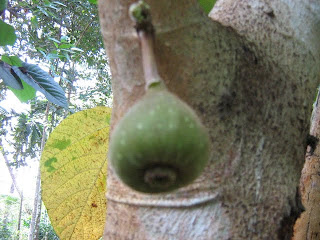 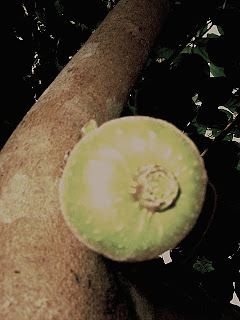 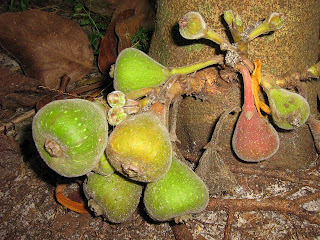 Click to enlarge
Copyright reserved.
Fig is an ancient fruit tree. Its cultivation is believed to have started two or three millenniums back. There are nearly 800 types of Ficus genus. This in the photo is one. They belong to the mulberry family. Fig is Brahma’s Holy Tree and is also mentioned in the Bible and the Koran. The banyan tree also belongs to this group and therefore is significant to the Buddhists as well. Adam and Eve, it is said, covered their nakedness with fig leaves when they were banished from Eden.
I think the most important fig is Ficus carica Linn [Moraceae]. Its nutritive index is 11 against 9 of apple. It is supposed to contain vitamins and minerals including vitamin A, vitamin B1, vitamin B2, iron, calcium, manganese, phosphorus, sodium, potassium chlorine, Omega 3, Omega 6, calcium, Pectin and so on.
Some of the problems where Ficus carica is said to be helpful include, sexual weakness, smooth labour, lowering cholesterol, preventing coronary heart disease, protect against cancer, effectively control of diabetes, management of hypertension, resisting vision loss in elderly people, and strengthening of bones.
The fruits are seasonal. But dried fruits are available in shops throughout the year. In fact, 80% of the production is consumed in dry form. In certain cases figs are used as replacement for sugar. They also have an important presence in the confectionery industry.
Fig is truly a wonderful fruit.
Posted by Unknown at 7:17 PM 6 comments: