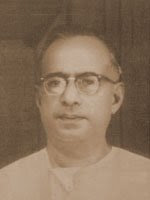 Appan was studying for the intermediate at The Maharaja’s College, Ernakulam (Cochin), and being groomed to write the Indian Civil Service examination in London, when his father, PM Avira Tharakan died. He was an only son and had to takeover the family responsibilities. We were landed gentry owning large areas of coconut plantations and paddy fields. He was also involved in business activities and along with my maternal uncle Jose A. Kallivayalil, was director of several companies.

Among the public Appan was known as ‘Gentleman’ Parayil (not that the other Parayils were un-gentlemanly). He was a voracious reader. He had fifteen children – eleven sons and four daughters. The first three, all boys, died early. I am the eldest surviving son.

Appan used to discuss with us many subjects including world affairs. It was from him that I first learned the concept of Provident Fund. While I was in high school, our workers were being paid 14 ‘chakrams’ per day while the outside rate was 15. (28 chakrams made 1 Travancore rupee; British rupee exchange was 28.5 chakrams.) I felt that we were being unfair to our workers and took up the matter with Appan.

He explained to me that when we held back one chakram of the worker, we were undertaking a great obligation. Whenever the man had a genuine need, like food, medical treatment, marriage of children etc. we were obligated to take care of it irrespective of whether his money held back by us would cover the expenses; there were no limits.

A couple of days before Appan died, we were discussing about progress. Great changes were taking place. A Communist government had been voted into power in the State. The land limitation programme that was being pushed by the leftists was sure to result in families like ours losing large areas.

Appan gave me a near perfect statement on progress: ‘Progress means a series of changes and adjustments.’ He had constantly imbibed into us the need to study well and obtain jobs. If he had gone through with the pursuit of ICS, he would have been the first in the Parayil Family to break away from the land bound tradition. As it happened, that honour came to me.

Appan lies buried in the family crypt in the cemetery chapel of St. Anthony’s Church, Thycattussarry, which was built by the Parayil Tharakans in 1791.

The House That Grandfather Built.