Fungi, the more visible being mushrooms, are interesting living organisms. Here are some details about them:

Strictly speaking, mushrooms are not plants; they have more resemblance to the animal kingdom.

There are over 100,000 different types of mushrooms and fungi. They are crucial to sustaining life on earth. Fungi provide micro-nutrients to the ecosystem by breaking down sand and dead organic materials and making them reusable.

Mushrooms and fungi have, depending on the species, great curative properties (penicillin and other antibiotic for instance) and at the same time can cause health problems that are difficult to treat. They can attack plants, animals and humans.

For centuries fungi has been used in traditional medicine.

Some mushrooms have psychedelic effect. Many countries have banned the sale of such species. Research is going on to use them in the treatment of mental illness.

Some mushrooms glow in the dark. They are known as ‘bioluminescen.

Fungi are used for leavening bread (yeast) and also for providing bubbles in champagne and beer.

Mushrooms are commercially grown in controlled conditions for culinary purpose.

For studies in genetics and molecular biology fungi are used as model organisms.

Several species of fungi are poisonous. Therefore, never eat a mushroom from unknown sources, like those that grow wild.

Now a question: is mushroom vegetarian food or non-vegetarian? Well, they do not belong to the animal kingdom but have a realm of their own – fungi. The five kingdoms of organisms are Monera (bacteria), Protista (unicellular organisms), Plantae, Animalia and Fungi.

Some photos of fungi are given below: 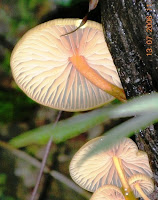 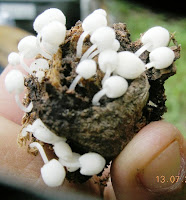 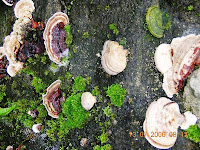 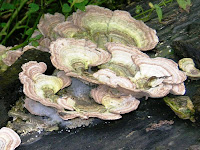 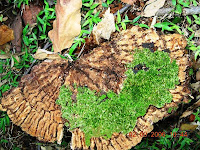 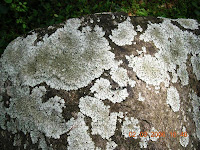 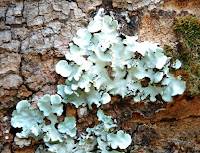 Photos by KO Isaac. Copyright Reserved. Click on the images for enlarged view.