The last song… The miracle of death


He was the last of the Karanavars (Patriarchs) and yet he was a man ahead of his times. In the apparent contradiction lies the man. P.K. Abraham Tharakan (aka Pappachan), was a free-thinking spirit, who carried the class, the charisma and the culture of his forefathers lightly on his shoulders. The class was reflected in his innate philosophy of life, in his sensitivity, respect and concern for others, an appreciation for fellow human beings and a readiness to lend a helping hand, regardless of his own difficulties. It is the kind of class that is rarely seen today.

He often quoted Appan, his father, who had told him before he died, that change and adaptation was crucial to progress. And so, he changed with the times.

The boy who crossed the customs check point on overnight trips via vallum (country boat) from Olavaipe in the Kingdom of Travancore to Ernakulam in Cochin,
-        as an early teen saw and took part in the dawn of independent India,
-        as a student led Kerala’s cricket and hockey teams to victory,
-        as a young man guided his large tribe of younger siblings after his father's early death,
-        later, faced the onslaught of communism against the old feudal order,
-        travelled the seas to America to hold successful talks for a partnership with General Motors,
-        engaged in strategic deals with the then communist Chief Minister C. Achutha Menon (Kerala economy: The NRI money pile) to create a major manufacturing unit in labour-resistant God’s Own Country,

-        rediscovered the mystic of the old ways in the hands of a water diviner when western technology failed to unearthen underground water resources,
-        in his later years discovered and mastered the new ways of the internet universe and the online world of blogging. 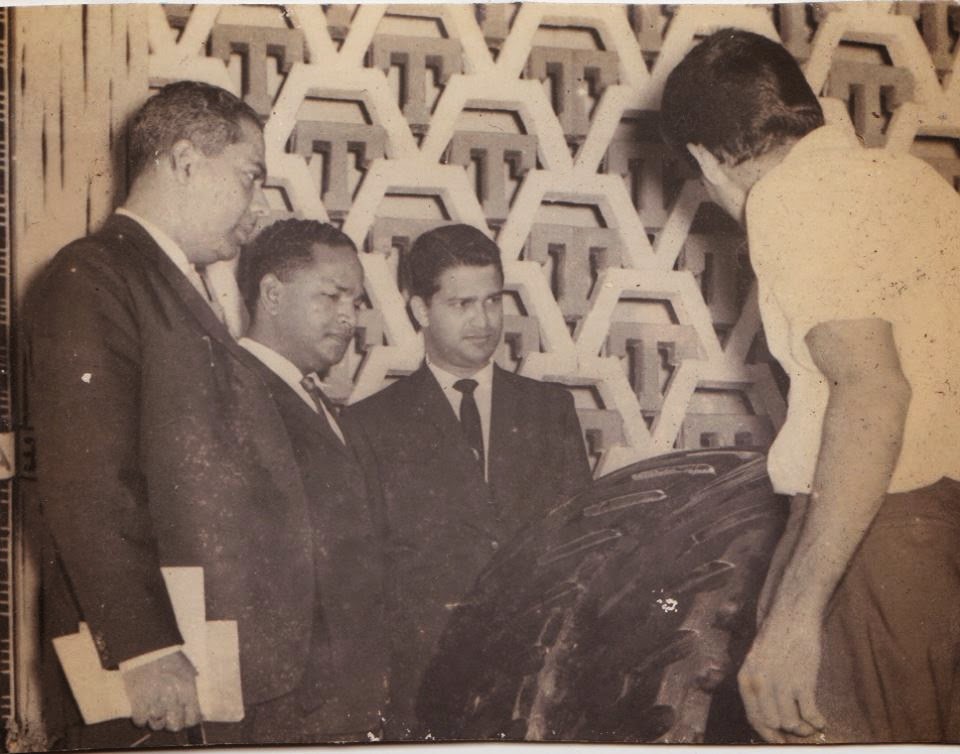 However, what really separated him from the multitude was his strength, courage and compassion. Some souls are sent on earth to help others, and we believe that was what he was sent here to do.

(Acts of kindness) His race is run, he fought the good fight… the fight that faces all of us frail human beings. And now is his time to rest.

May his soul rest in peace. God bless him.
Posted by his children
Posted by Unknown at 2:19 AM

God rest his soul. I did not know him, but started following his blog after stumbling upon it. It was in recent months that I discovered we did have a connection, when he mentioned that Mr. Hormis Tharakan was his younger brother. I met Hormis Tharakan some 30-odd years ago, when he was DIG of Police in Cochin. My father, Adv. K. Vijayan, and he knew each other well in those days.

I enjoyed reading his blog very much and I will miss his unique voice.

Hats off to the doyen of blogging. You will be missed.

Thanks , thanks once again for sharing the invaluable wealth of your perspectives and experiences.
I don't think there is another blog quite as this one.

My sincere condolences to the dear and near,may the almighty provide his soul the perpetual peace.

You, Mr Tharakan shall be sorely missed. Been a follower of this blog for the past five years or so.I have read and re-read several of your blog posts. It is so upsetting to believe that I will not be seeing any new posts here.I will, however, see you on the other side.
RIP ole' timer.

you will be missed.

May your soul rest in Peace...

I come on your website by google search. I think I got the best website by search engine. I what to know that how you do so much nice work on this blog please share some blogging secret for me so I can do better blogging for my blog http://guruofmovie.com

Abraham Tharakan's blog was one of a kind.His choice of subjects,his photographs and his distinctive style of writing made reading the blog informative and entertaining.I followed the blog for several years and will certainly miss reading his posts.
RIP Abraham Tharakan

I was perhaps the last to know that Abe, my friend, has crossed over. From mid 1960s our lives intertwined and brought us together to work for the same organization, that cemented our bond. Abe will live with me as long as I live and I do ope that when I join him in the unknown and unknowable, W will be together. His was a life to be celebrated not for his own achievements but his helping hand to many, but his death will always be mourned. Till we meet Abe.
nat

Loved his blog. So sad he is gone. May his soul rest in peace.
Sunita kumar

I hope one of his children, my nephews and nieces, will keep the blog going.