The midday drink of the sahibs when they ruled India was gin and tonic. Whiskey, usually with soda from which the gas is churned out was from sun down onwards. Gin and tonic is still popular in the UK and some other countries but in India very few stick to it or the new innovation, vodka and tonic. The British had a purpose in taking that drink other than alcoholic aspect. The ‘tonic’ is quinine water which prevents/cures malaria and is health wise beneficial in several ways.

I was reminded of quinine while talking to a young Darjeeling girl (she is getting married next month) at a luncheon party last week. We were talking about Darjeeling and she mentioned about the quinine plantations in that area. I didn’t know that India cultivated the medicinal tree chinchona. Quinine is obtained by powdering its bark.  On checking I find that several tropical countries grow this tree for its commercial value.

The story of cinchona and quinine is fascinating. The medicinal value of quinine was first discovered by the Quechua Indians of Peru and Bolivia. If I mention the ailments for which quinine is used, it will take 200 words more. In India it was used mainly for treating malaria and fever. Some of the elder Indian readers might remember C.A.Q. tablets in small dabbas like the ones in which gramophone needles used to come. These were prescribed often, except to pregnant women, for treating fever.

The Jesuits brought the medicine from S. America to Europe. In fact, it was known as “Jesuit Powder”. It is said to have saved thousands of Romans including Popes and Cardinals from Malarial deaths. Doctors in Europe accepted quinine as the most effective anti-malaria medicine. It remained so till the 1940s when chemical substitutes were found. But quinine is still prescribed against Malaria. It is said that the Europeans were able to conquer Africa only because they had this wonder drug against the dreaded disease.

Realizing the value of quinine Peru and neighbouring states proscribed the export of cinchona saplings and seeds during the first half of 19c. The Dutch succeeded in smuggling out the cultivars and established large cinchona plantations in Java. These trees grow to a height of 15-20 meters.  They have white, yellow or pink flowers. The genus has about forty species. Normally they grow in the altitude of 1500 to 3000 meters. 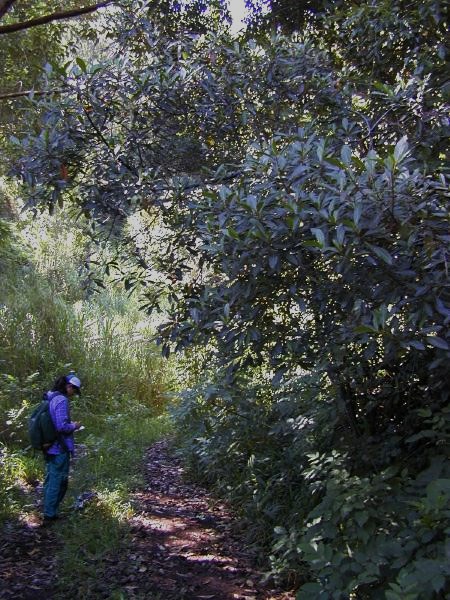 Come World War II and the demand for quinine for use by troops deployed in malaria-risk areas shot up. When Holland was captured by the Germans and Philippines by the Japanese, the Allies ran short of this vital medicine. The US managed to collect whatever quantities of quinine that Costa Rica had. But those supplies came late and were not really sufficient. The British had some supplies from India and other colonies. It is said that the Japanese were not aware of the proper use of quinine. In spite of having large supplies from the Philippines, many Jap soldiers died of malaria. It is a fact that with proper availability and distribution of quinine, the causalities in the Second World War would have been considerably lesser.

Well, continue with gin and tonic if you like it. Alternatively, in some countries there are aperitifs and liqueurs containing quinine, and all over the world many brands of tonic water is available. Malaria is no threat now. But taking limited quantities of quinine (other than by pregnant ladies) is supposed to help from heart to liver to general health.

What a lovely post! Readable and informative. Keep at it, Pappachan aliyan! Best regards,

Dr. Mathew, comments like these make blogging worthwhile. Thanks

I just stumbled upon your blog while searching for pictures of 'coffee flowers, Kerala'. Brilliant blog, very informative and nostalgic. Keep posting!

anna's musings, thank you very much. Shall try to keep it going.

Its really very interesting post full of valuable informations. The key part of this post is its descriptive way to define anything. I liked it with my heart.

This blog is very attractive everything design in well-manner and all things are very informative. I like this post very much.

Its really very interesting post full of valuable informations. The key part of this post is its descriptive way to define anything. I liked it with my heart.

This blog has some perfect points which tell us how can anyone understand this topic. The main aspect of this thread is perfect way to explain anything. I liked it. Please keep on posting.
Escorts in Bangalore

This posts is the lifeblood of blog. It seems like a classic case of pot and kettle for a blog. I have seen many post in my day.This post can be a great resource to help us in finding new topics to understand.
Delhi Escort

Its a god example of perfect post. It is having some very interesting information. In my eyes such kind of posting should go on.
Delhi Escorts

This is the first time I am visiting your blog and happy to read this post. I found this post is really useful one. I love reading this kind of stuff. Your blog is one of a kind, i love the way you organize the topics.