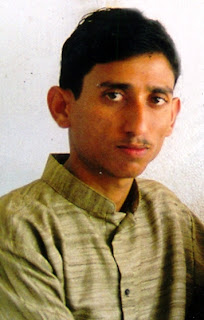 This 28 year old young man, Artist Navasree Reji, is a pride of my village, Olavipe. He studied up to school final and dropped out. He couldn’t concentrate on the curriculum because his mind is full of beautiful images and he has been transferring them on all kinds of vegetables, Thermocol (Styrofoam) (an exclusive technique that he developed), ice and other medium.

Recently he has turned to more difficult materials like coconut tree wood which is hard and difficult to carve.

Some of Reji's creations are presented below: 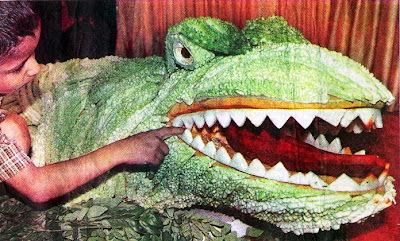 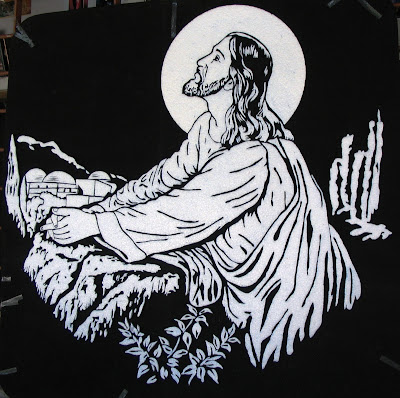 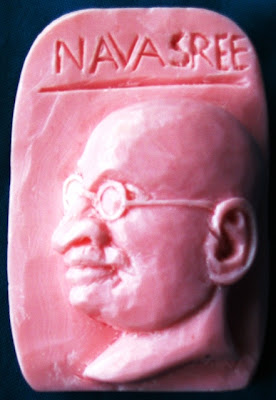 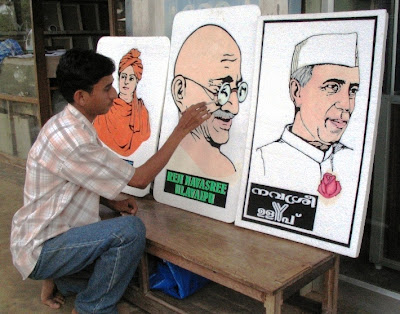 Reji at work
Major hotels, film producers and others come often to meet Reji. So does the media. He has been widely covered by both English and Malayalam newspapers and Television.

OLAVIPE: Gift of the waves to Kerala, God's Own Country.
Posted by Unknown at 11:25 AM

Mr Tharakan, Our young artist ought to have an e-mail ID as well. It helps contact, particularly from other interested artists elsewhere; and facilitate Navasree network with them.
If he doesn't have, you could help him set up an e-mail account.

Very good suggestion. Thank you. I have already spoken to Regi and an email ID is being arranged.

gvk, Reji, the village artist now has an email id, rejinavasree@yahoo.com
I would request you to be the first one to send him a mail.
For the time being, I'll arrange somebody from our staff at Olavipe to assist Reji with operating the facility.
I may be doing one more post on Reji today.