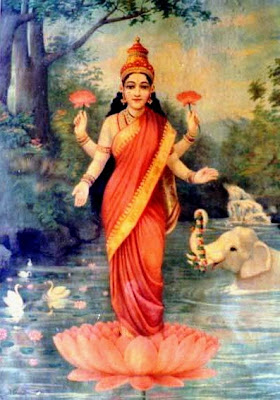 Recently I went to lunch at a flat on Elliot’s Beach, Besant Nagar, Chennai. A soothing sea breeze was blowing in from the . I walked up to the balcony and looked out, and saw a stunning temple right on the beach.

I was fascinated by the structure which highlighted several features of the Dravidian temple architecture. It is a comparatively new temple, built in 1976. Within the short span of three decades this shrine has become a tourist attraction in Chennai.

The has four levels on which the deities are installed. This is something rare.

’s claim to uniqueness as the lone location where all the eight forms of Goddess Mahalakshmi are displayed was lost in 1996. That year an was built in .

I was about to take some photos of the from the balcony when KO Isaac, President of the Madras Photographic Society, who was there with me offered to do that. Some of the pictures he captured on his camera are given below: 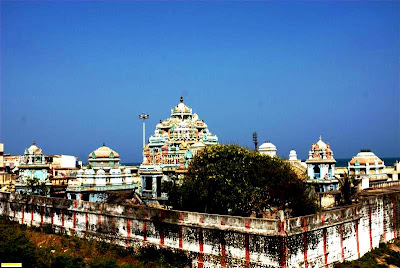 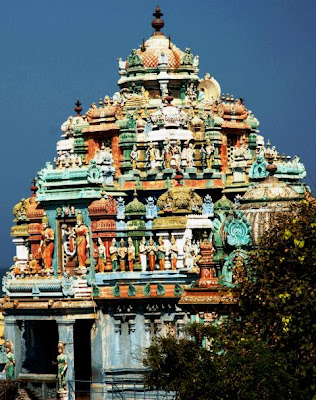 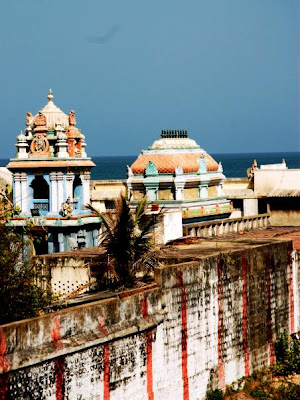 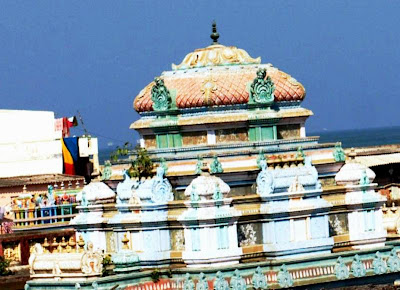 A Queen Visits Her Lord.


Also see about Star of Lakshmi at:

I have heard of this temple many times but am ashamed to say that in spite of having been born and brought up in Madras, I have never actually set eyes on it. Now you have inspired me to do so the next time I visit!
I came here from my cousin Raji Muthukrishnan's blog - and am so glad I did!

I have been to this temple once. And I found that inside the temple it was a little oppressive, despite having been built so recently, and so close to the sea.

thanks a million for sharing this!! Actually, this place is the reason why my name is lakshmi! :) My mother wished for a girl child when she was there, and said that she would name her lakshmi if her baby happened to be a girl. and it came true. :-) the place is special to my family, but I've never seen it for real myself...I guess your pics showed a little bit of how the temple looks like. Am eager to visit it when I get a chance! :)

Kamini, thank you for the comment. I had called on Raji and family on Easter Sunday as you might have gathered from her blog.

I can't give an opinion since I have not been inside the temple.

Lakshmi, so you are the boon to your parents from Santhanalakshmi. From what little I have gathered about you from your blog activities I am sure that the other manifestations of Mahalakshmi also have blessed/will bless you.
All the best.

Why not? Was that your choice, or...?
Decades ago I visited Madurai Meenakshi temple after its so called renovation, and was shocked to see the awful bright-coloured paint that disfigured the temple. This temple I am sorry to say gives similar impression to me. If one sees the ancient temples, one notices how neutral they look colour-wise and and shades-wise. There are clear tentets in Agama (associated with Hinduism) about which no one seems to have paid much attention.

Mysorean, it is nice to hear from you after a while.

I had gone to a near by flat for lunch and therefore did not even think of visiting the shrine.

I too did not think much of the color scheme. But the setting is great.

Get the Best Online Bus Ticket Reservation Services in all over India in one step with Ticketgoose. Kallada Travels of Bus Tickets through www.ticketgoose.com with simple money transaction procedures. Can also select seats, Book return Tickets and also cancel Tickets Online.Log on today and enjoy the benefits of the attractive discounts on offer.
Kallada Travels